A Monument to Perseverance: The Struggle to Build the Newport Bridge, 1945-1960 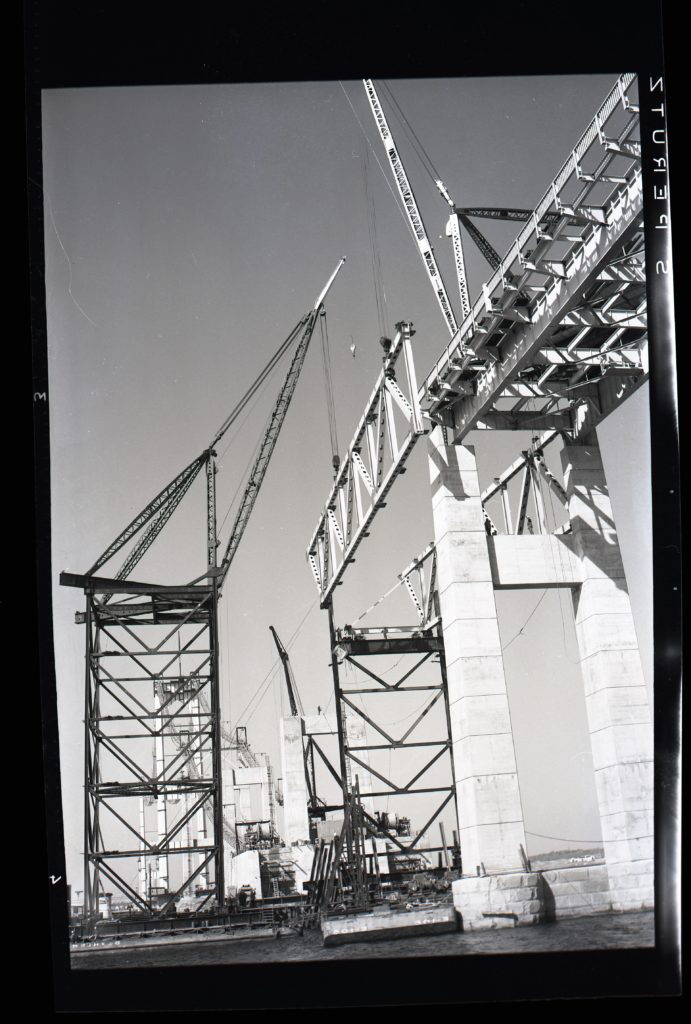 A Monument to Perseverance: The Struggle to Build the Newport Bridge, 1945-1960

For over three centuries, a ferry shuttled passengers across Narragansett Bay’s East Passage from Jamestown to Newport. That service ended on June 28, 1969, the day the bridge opened. After World War II, traffic from the population centers to the south and west stalled at the Jamestown Ferry Landing.

Newport itself was in the process of consciously reinventing itself from a sailor town to a tourist center. Preservation and urban renewal efforts were restoring the community’s built environment in attempts to recapture the town’s reputation as America’s First Resort.

It took a quarter of century for the bridge to receive approval and be constructed. Advocates for the bridge encountered much opposition, primarily from the U.S. Navy and the civic leaders of Jamestown. The proponents’ perseverance eventually won out. Three of these advocates in particular deserve acclaim: Governor John H. Chaffee, then-chairman of the Rhode Island Turnpike and Bridge Authority Francis “Gerry” Dwyer, and bridge engineer Alfred Hedefine. All three men were members of the Greatest Generation, to whom no job was too big and no number of projects was too many.

Like all suspension bridges, the Newport Bridge has become a cultural icon to Newport and Rhode Island. Its gothic arches invoke Roebling’s Brooklyn Bridge. Its image has become ubiquitous around Newport. It graces virtually every tourist guide and promotional publication about the city. The bridge stands sentinel over Newport’s storied built environment. During the bridge’s opening ceremonies, Governor Frank Licht characterized the bridge as a monument to the perseverance of the proponents and bridge builders who got the job done.

Jim Ricci holds a doctorate degree in Humanities from Salve Regina University. His presentation will illuminate the struggle to build the bridge from its original momentum following World War II to its opening in 1969, the technological innovations employed in its construction, and its emergence as a cultural icon.

“A Monument to Perseverence: The Struggle to Build the Newport Bridge, 1945-1960” takes place at the NHS Resource Center, 82 Touro Street, Newport, RI, and costs $5 per person, $1 for NHS members, active and retired military with ID. Please RSVP online at NewportHistory.org or call 401-841-8770.