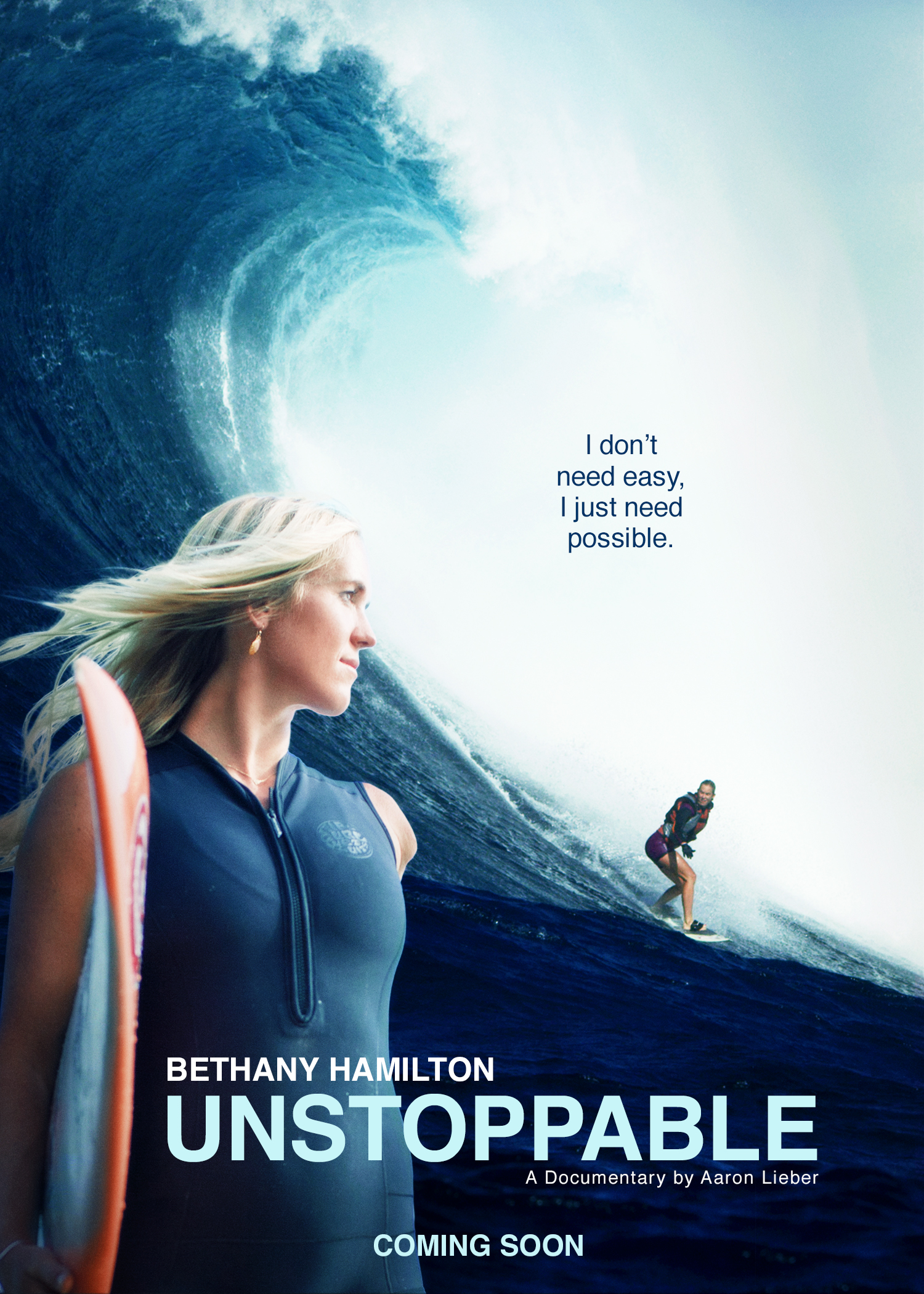 ABOUT THE FILM: Professional surfer Bethany Hamilton is a global icon and inspirational beacon. She rose from the personal tragedy of losing her arm to a tiger shark at the age of thirteen to become one of the world’s leading female surfers. Bethany Hamilton: Unstoppable follows Bethany over a four-year journey, capturing what it means to be unstoppable. In 2005, she took a first place result in the National Amateur Competition, just 9 months after the tragedy occurred. She went on to become a Billabong XXL Global Big Wave Award Nominee and two years later she was honored by ASP with the Peter Whittaker Award for “Integrity, Respect, Achievement & Sportsmanship while displaying a Passion for surfing.” Soon thereafter, she met and married her soul mate, Adam Dirks, and the following year, she came in first place at the Women’s Pipeline Pro. In 2015, Bethany and Adam welcomed their first child Tobias and within a year of giving birth, she surfed the most dangerous wave in the world– “Jaws.” Following that remarkable achievement, Bethany went on to finish third in the Fiji Pro beating a six-time World Champion and the 2016 World Champion. Bethany continues to prove that nothing will stop her from achieving her dreams and inspiring millions of people along the way.