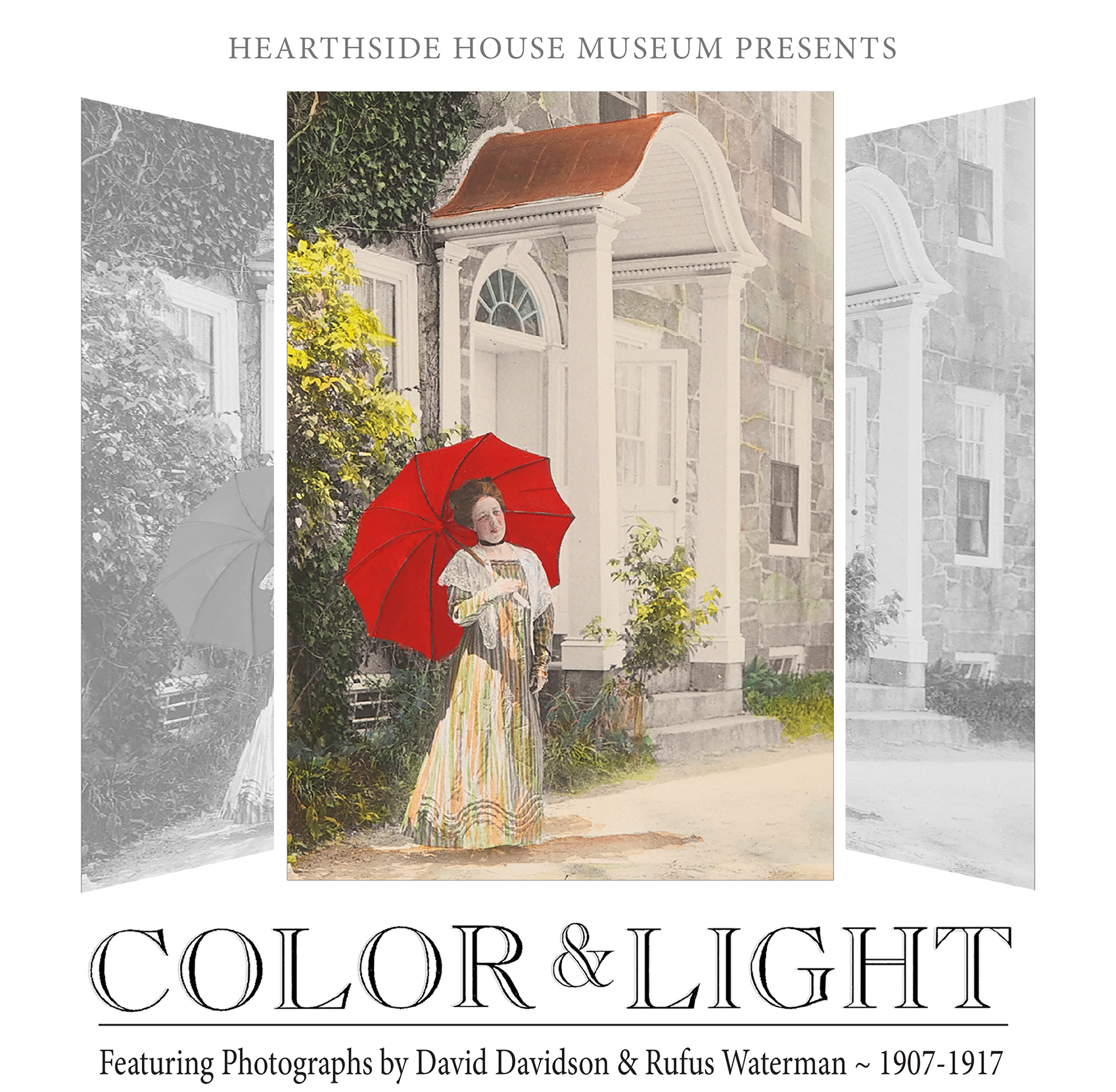 This summer marks the return of the award-winning Color & Light exhibit of early 20th century hand-painted photographs to Hearthside. First displayed in 2012, the exhibit includes over 50 hand-painted photographs taken between 1907-1915 of Lincoln’s Hearthside House by two Rhode Island photographers, David Davidson and Rufus Waterman. At the time, color photography did not exist so black and white photos were hand-painted with watercolors to bring them to life and add detail. The results are extraordinary.

In addition to the photographs, the exhibit includes Davidson’s camera he used to shoot the photos, the shawl his wife was wearing in some of the photos, and numerous other artifacts from the Davidson Studios. This blend of art and history of photographs and antiques in the actual settings in which they were taken make it quite a unusual exhibit. Docents in period attire are on hand to help interpret the artwork and tell the history of the home.

David Davidson was recognized as the 2nd best photographer using hand-painted photography in the country, behind his teacher Wallace Nutting. Davidson was awarded the Bronze Medal at the 1915 World’s Fair in San Francisco for his work.

And like Davidson the exhibit of his work also received high praise in 2012. The exhibit received a Leadership in History Award from the American Association for State & Local History. It was also selected for a full-page feature in HUMANITIES, the magazine of the National Endowment for the Humanities. The original exhibit was made possible through a major grant from the Rhode Island Council for the Humanities.

A special lecture about David Davidson and other photographers specializing in early 20th century hand-painted photography will be featured on Sunday, July 22 at 1:30 p.m. by Michael Pellegrino, an expert and avid collector of hand-painted photography. The lecture will be part of the Summer Celebration event taking place at Hearthside that day which will feature activities both inside and outdoors. The special Open House event offers free admission for the museum and exhibit, a variety of reenactors on site, food, kids activities and more. The last showing of the Color & Light exhibit takes place August 26th from 1-4 p.m.