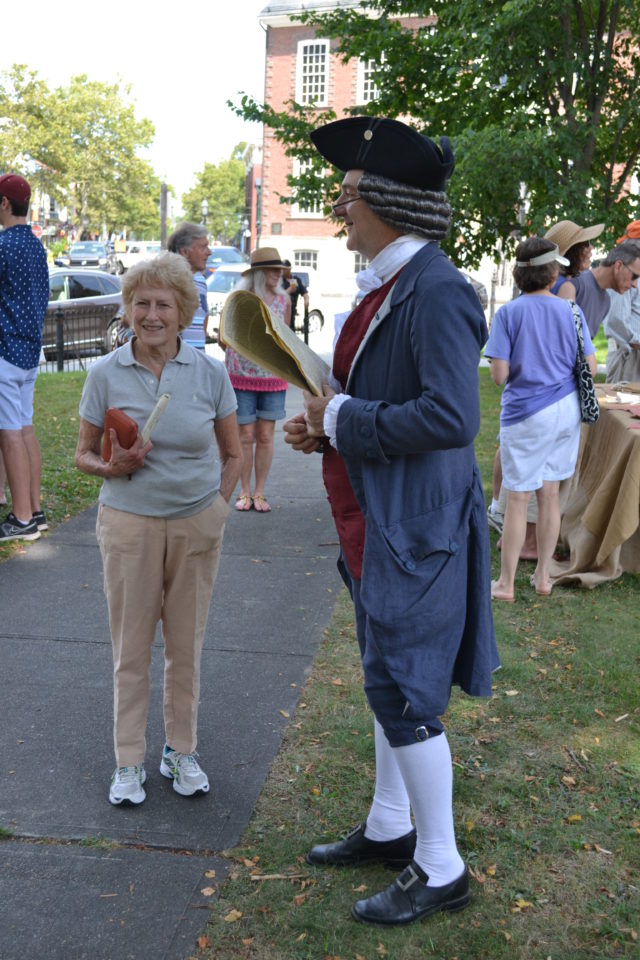 Visit the Wanton-Lyman-Hazard House to meet with costumed living historians Matthew and Elizabeth Mees who will portray Jeremiah Wadsworth, colonel for Washington, quartermaster and American assistant to Blanchard of the French forces, along with his wife Mehitable Wadsworth.

Find out what life was like in Newport, RI in 1780, after 12,000 French soldiers and sailors arrived off the coast of Rhode Island, who were sent to aid the American Army in their fight for Independence from Great Britain.

This History Space program will take place at the Wanton-Lyman-Hazard House located at 17 Broadway, Newport, RI on July 21, 2018 from 10am-2pm. Free, donations welcome.