Rethinking the Gaspee Affair: RI, the Slave Trade, and Revolution 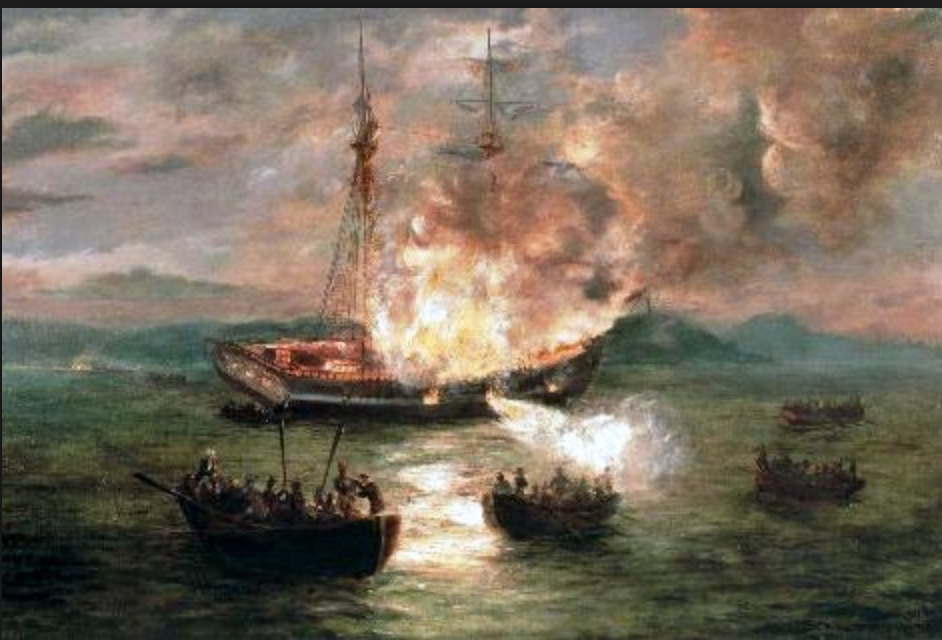 Join us September 17 at 7pm at the Warwick Public Library for Rethinking the Gaspee Affair, a new history program reevaluating Rhode Island’s much-lauded Gaspee Affair. The lecture is free and open to all.

In June 1772, a group of Rhode Islanders attacked and burned the British customs ship Gaspee, contributing to the increase in tensions that ultimately led to the American Revolution. Each year, Rhode Island celebrates the Gaspee burning as “America’s First Blow for Freedom,” and holds a week-long Gaspee Days celebration. But what were the actual goals of the attackers?

The leaders of the burning – men like John Brown and Simeon Potter – made their fortunes in the slave trade and West Indies trade, and were angered by British moves to tax and regulate their economic empires. The Gaspee was a ship sent to enforce British taxes on Rhode Island rum— a key slave trade currency— and other goods. The Gaspee attackers, then, emerge not as brave colonists inspired by lofty notions of liberty, but rather self-interested elites working to preserve the lucrative business of slavery.

In Rethinking the Gaspee Affair, we will trace Rhode Island’s deep connection to the slave trade, then venture to reassess the intentions of the men who led the Gaspee raid and helped lead the colony into the Revolution. We’ll then use the affair as a lens to discuss the central role of slavery in motivating the larger American Revolution.

Joey La Neve DeFrancesco is a public historian based in Providence, RI. He has worked for years with the Slater Mill Museum, and has created numerous public programs on topics such as the Pawtucket textile strike of 1824, and the economic history of 18th century Rhode Island. He is currently a Fellow at the Newport Historical Society.

Rethinking the Gaspee Affair is made possible by a grant from the Rhode Island Council for the Humanities.