The Devil We Know 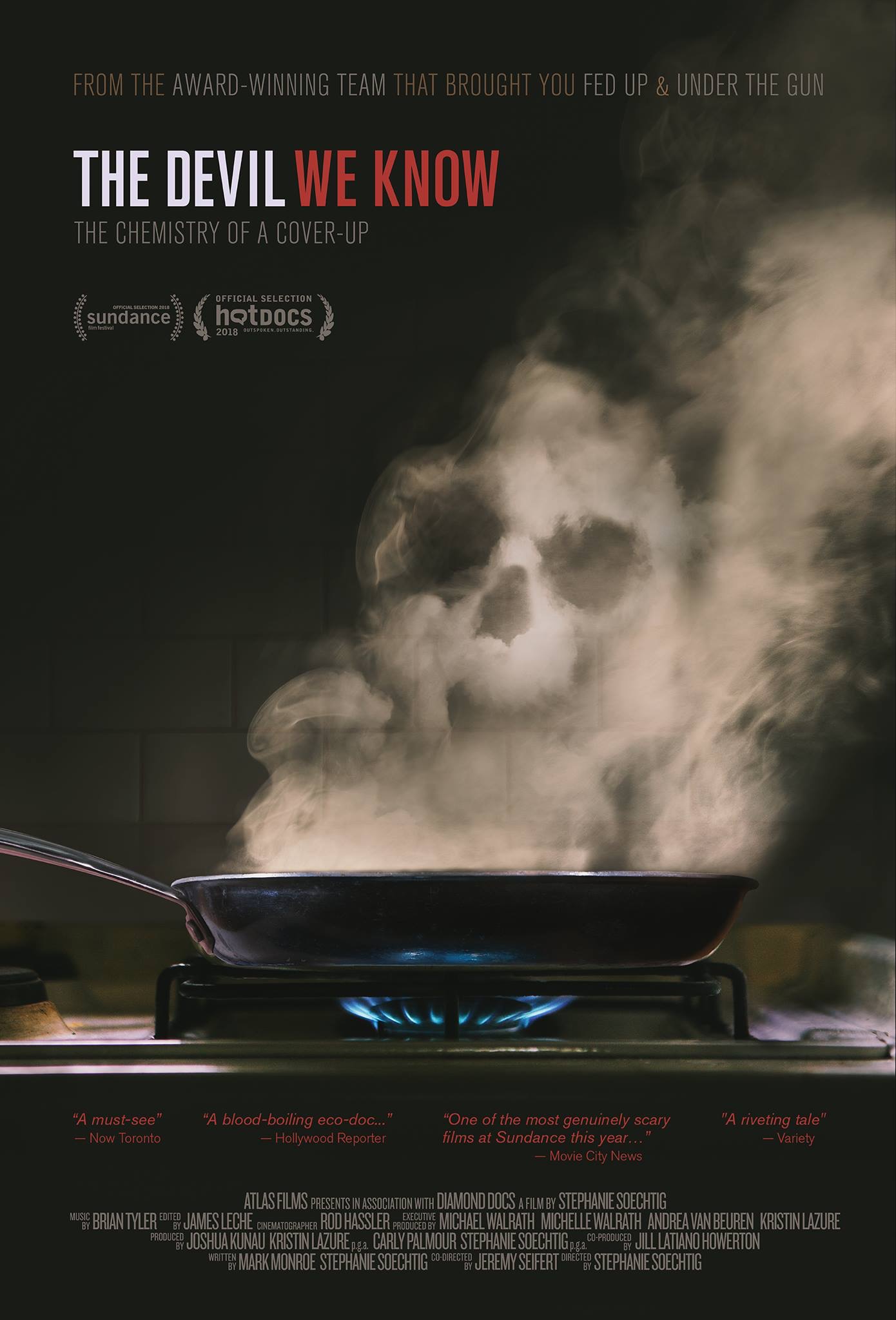 Join newportFILM for a screening of “The Devil We Know” on Tuesday, October 2 at Jane Pickens Theater. 6:30 PM – Film, followed by conversation with director Stephanie Soechtig (via Skype)

TICKETS : $15 – Purchase at newportFILM.com or at the door, pending availability.

ABOUT THE FILM:
Unraveling one of the biggest environmental scandals of our time, a group of citizens in West Virginia take on a powerful corporation after they discover it has knowingly been dumping a toxic chemical – now found in the blood of 99.7% of Americans – into the drinking water supply.