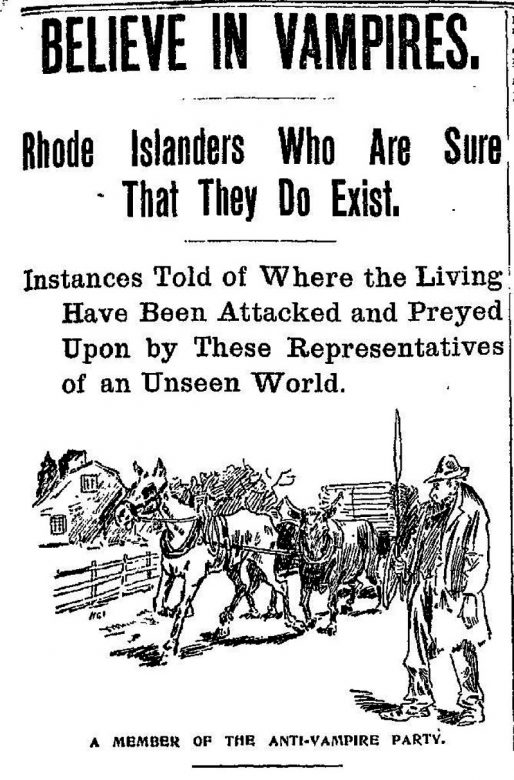 Exeter, Rhode Island, 1892: After a large exodus of residents, only 900 people remained in this nearly deserted rural village. Frightening and mysterious sicknesses repeatedly struck families throughout town. Residents searched for the cause and reached the unusual conclusion that the culprit was Mercy Brown: 19-years-old, recently-deceased and a vampire.

Dozens of supposed vampires were identified throughout New England during this century-long panic, now believed to have actually been caused by tuberculosis or “consumption.” Dr. Nicholas Bellantoni, former Connecticut State Archaeologist, will explore his study of this folk belief and a possible vampire burial discovered nearby. Discussing the incidence of consumption and the great fear it inspired will be public historian Dr. Mary Babson Fuhrer.

An exhibit of medical artifacts from the Center’s collection will be on display before and after the program. Halloween treats will be served following the program under the full moon.

This program is presented in partnership with the South Kingstown Land Trust.
Photo: The Boston Daily Globe, January 27, 1896