The Olneyville Expo: A Celebration of Olneyville Past, Present, and Future 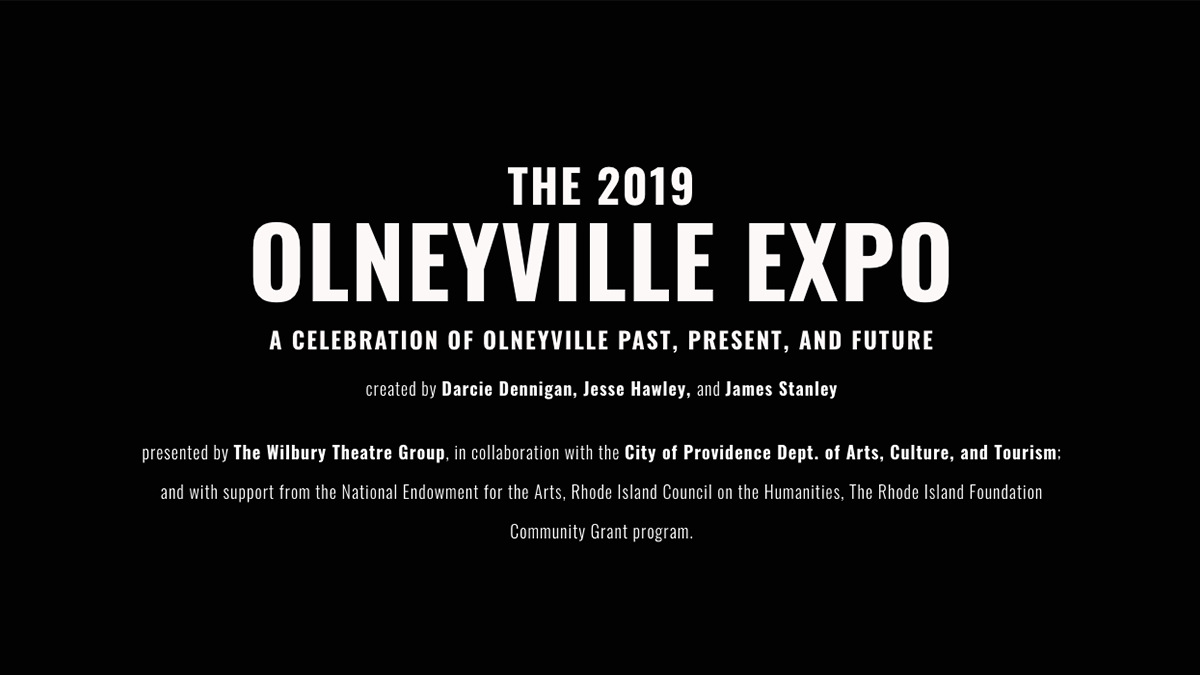 Presented by the Wilbury Theatre Group, The Olneyville Expo is a theatrical event celebrating the history, culture and community of the Olneyville neighborhood of Providence. Borrowing both the variety format and the ethics of education and uplift from 19th Expositions, Chautauquas, and Worlds Fairs, The Olneyville Expo brings together community groups, historians, ecologists, storytellers, artists, performers, engineers and artisans to create a collaborative portrait of the space we share.

Part lecture series, part variety show, part dance party, The Olneyville Expo will be an eclectic bilingual performance hosted by a Wilbury Artists Phoenyx Williams, Sarah Leach, and Marcel Mascaro with performances by the Project 401 dance collective and music by Elementary. Before it begins, Ray Two Hawks Watson, Pomham Sachem of the Mashapaug Nahaganset Tribe, will offer an acknowledgment of the land that the park stands on, and lead everyone in an Algonquin welcome song. Artist and Olneyville farmer Matt Tracy will do live map-making– tell him where you live and see your place on the map by night’s end.

Iglesia Puerta del Refugio‘s youth dancers will do their special routine on Thursday night. On Friday night, Téatro Écas’ D’Abbate School theatre students, led by Laura M. Espinel, will present The Bird Tari and the Crocodile, a bilingual puppet show with marionette manipulated by children. And on Saturday, the Manton Avenue Project will present an original work by and starring kids. Afterwards and in between, community leader Alvaro Morales will do his dazzling sleight of hand, Raffini will tell her story of Providence matriarchs, and artists and scientists will show us what’s beneath the surface of the Woonasquatucket River (as it flows just feet from the Expo tent), and the young hip hop talents of Blue Wave Poetics will close out the night with music to leave you dancing. And much more– all free!