As Above, So Below: Visions of Transformation in Down City Providence by Carla Ricci and Roberta Kaufman (Reception) 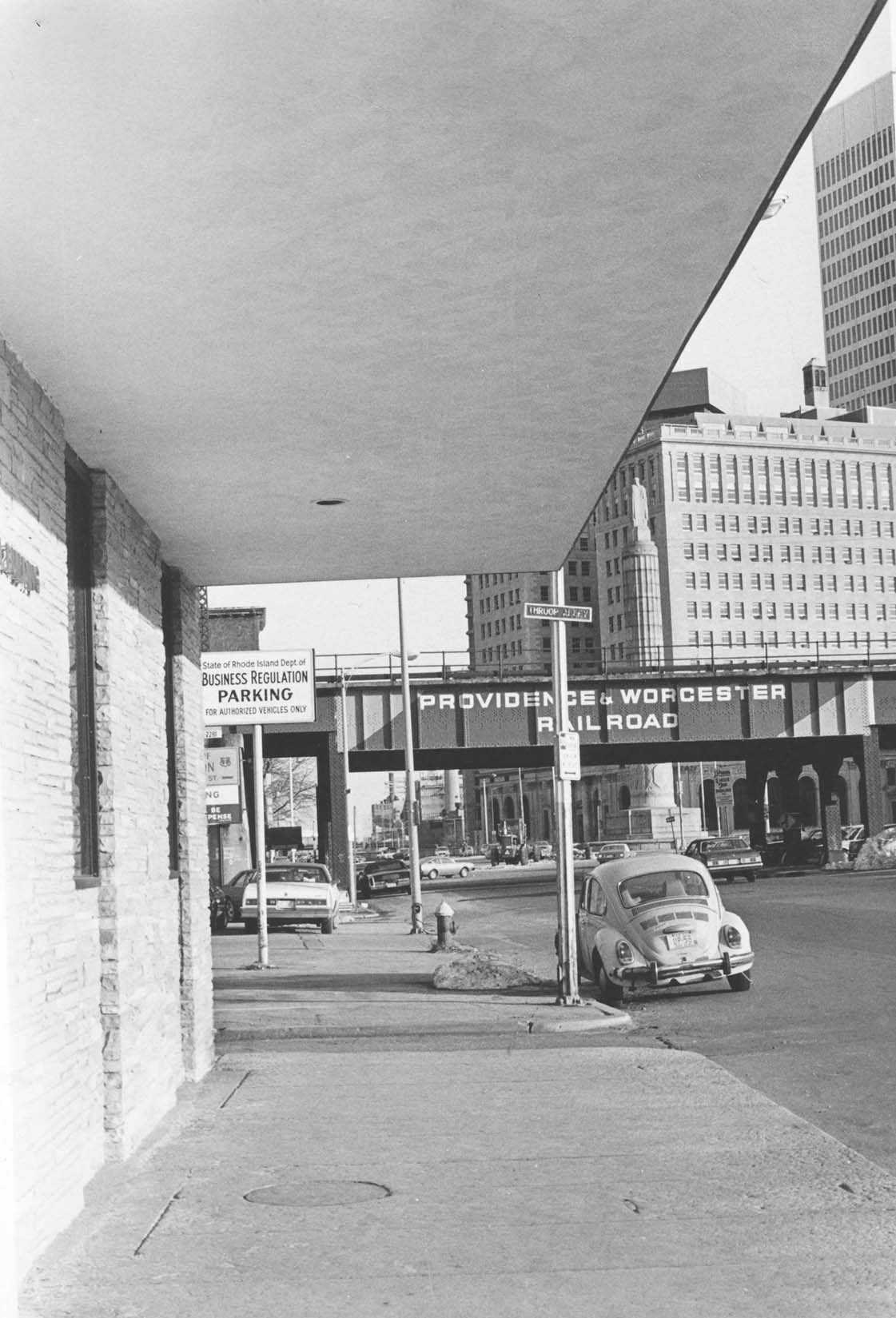 EXHIBITION STATEMENT:
The old aphorism, “As above, so below,” has often been used in a secular context to mean that things experienced on a macroscopic scale find expression all the way down stream in the microcosm of everyday life. When it comes to the built environment, our federal policies, such as urban renewal, all have implications on the state and local levels. On an even more granular scale, policies and cultural shifts affecting the City of Providence express themselves boldly in our downtown, or as we sometimes call the dense network of streets bounded by the highway, the river, and the Jewelry District, “Down City.”

The Down City neighborhood encapsulates the visions, aspirations, hopes and dreams of the Creative Capital’s residents, in particular its artists. Photographer Roberta Kaufman recalls riding her bike around the old train tracks of the Providence-Worcester Rail line as Bill Warner’s massive infrastructural plan began to take shape. Work born from her decades-long compulsion to document the changing people and places of the Westminster Mall, Union Station, and Capital Cove, attests not only to the shockingly abrupt infrastructural changes that transformed Down City’s look, but also the ways these changes forever altered the neighborhood’s feel. Documentary filmmaker and painter Carla Ricci, a recent transplant to Providence, observes the cultural shifts that have taken place in the City with a less retrospective gaze. Her figurative birds-eye-view paintings of busy commercial thoroughfares in the Down City neighborhood, as well as post-Warner sites of conviviality like the Providence Place Mall food court, attest to the ways that the infrastructural changes of the past half-century have given way to more robust ways of living in the Down City neighborhood. Together these visions, literally from above and below, give a robust, rounded, perspective on the moment we find ourselves in now. With cranes in the sky, and even more drastic infrastructural change on the horizon, we can continue to think critically about where we have been, and where we are, to better chart a path forward.

This exhibition is part of Year of the City: www.yearofthecity.com.

City of Providence Department of Art, Culture + Tourism
Year of the City