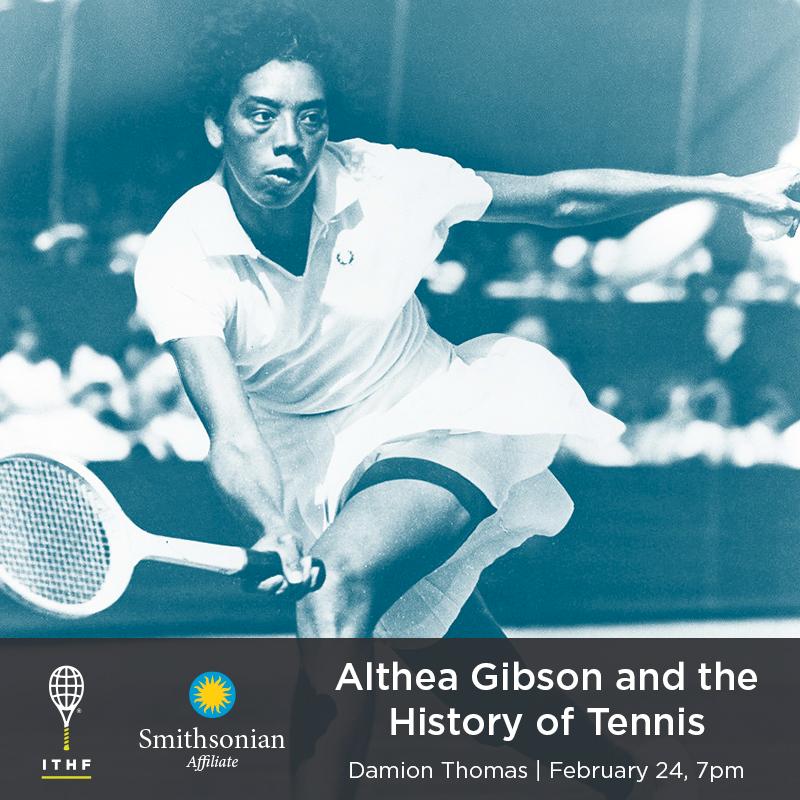 This talk will explore the gender and racial dynamics of tennis as told through the life story of Hall of Famer Althea Gibson, who broke tennis’ color barrier when she became the first African-American to compete at the U.S. National Championships. Gibson went on to win titles at Wimbledon, the U.S. Nationals, and the French Nationals and be ranked world No.1. The program will highlight the resulting cultural impact of her accomplishment and of integration in tennis.

Moderated by Katrina Adams, immediate past President, Chairperson, and CEO of the United States Tennis Association.

Damion Thomas is the Museum Curator of Sports for the Smithsonian National Museum of African American History and Culture. He earned a Ph.D. in United States History at UCLA. Prior to joining the museum, he was an assistant professor at the University of Maryland—College Park and the University of Illinois—Urbana/Champaign, where he taught courses that focused on sports in United States history, sports and U.S. race relations, and sports and black masculinity. He is the author of Globetrotting: African American Athletes and Cold War Politics.

Register by clicking here or at the link below.

This presentation is made possible through the International Tennis Hall of Fame’s designation as a Smithsonian Affiliate. The Hall of Fame earned this prestigious distinction in 2017.