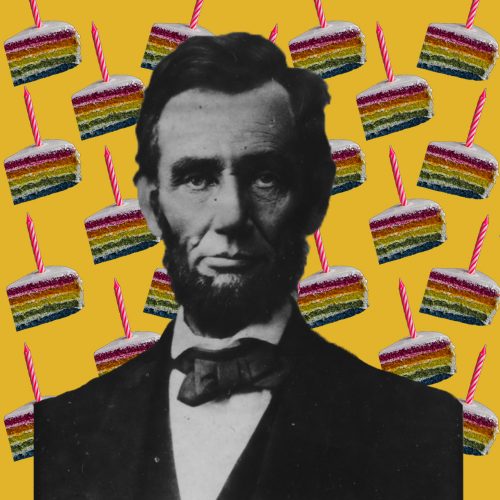 The town of Lincoln, Rhode Island, was named in honor of our sixteenth president in 1871. Visit Arnold House and learn about President Lincoln’s visits to the Ocean State and the history of this land that became Lincoln. Tour the museum and enjoy some birthday cake.

Arnold House (1693): In 1693, Eleazer Arnold, a major landowner, built his house along Great Road, one of the earliest roads in the colonies. Two stories high, with a pilastered chimney, the home so dominated the modest dwellings of nearby farmers that it earned the title “Eleazer’s Splendid Mansion.”  With its massive chimney end wall, the house is a rare survivor of a once-common Rhode Island building type known as a stone-ender. The structure has sustained many alterations over the centuries. Visitors find evidence of seventeenth-century construction methods, eighteenth-century additions, nineteenth century graffiti, and the twentieth-century approach to preservation that restored the house to its present appearance. Arnold House is located at 487 Great Road. Guided tours are on the hour, Saturdays and Sundays, 11:00 a.m. to 5:00 p.m. from June 1 through October 15 and the last tour of the day starting at 4:00 p.m.