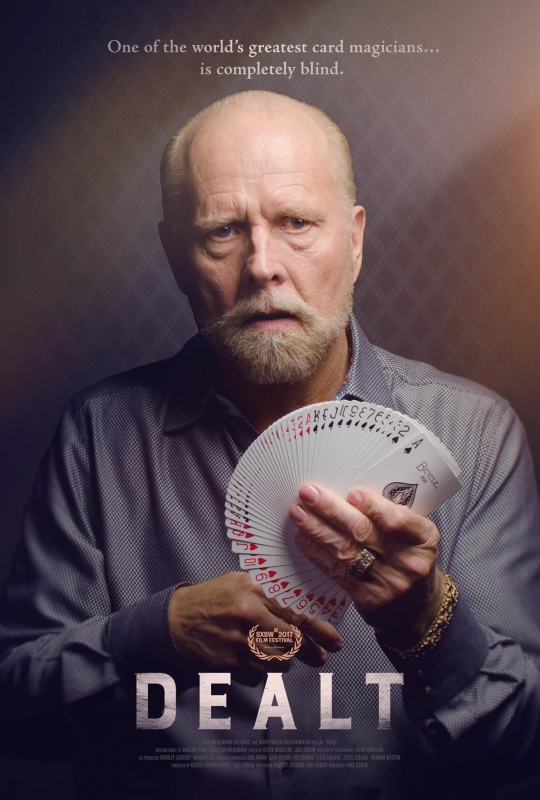 Join us for a newportFILM Outdoors screening of DEALT at Newport Polo Grounds!

ABOUT THE FILM:
“This is one of the greatest stories never told. Turner’s life story is too incredible for fiction.” – CBS

Sixty-two year old Richard Turner is renowned as one of the world’s greatest card magicians, yet he is completely blind. In this documentary, Richard traces his journey from his troubled childhood, when he began losing his vision, to present day as he relentlessly pursues perfection while struggling with the reality that his biggest weakness might also be his greatest strength.