Illuminating the Legacy of Slavery in Rhode Island – Providence 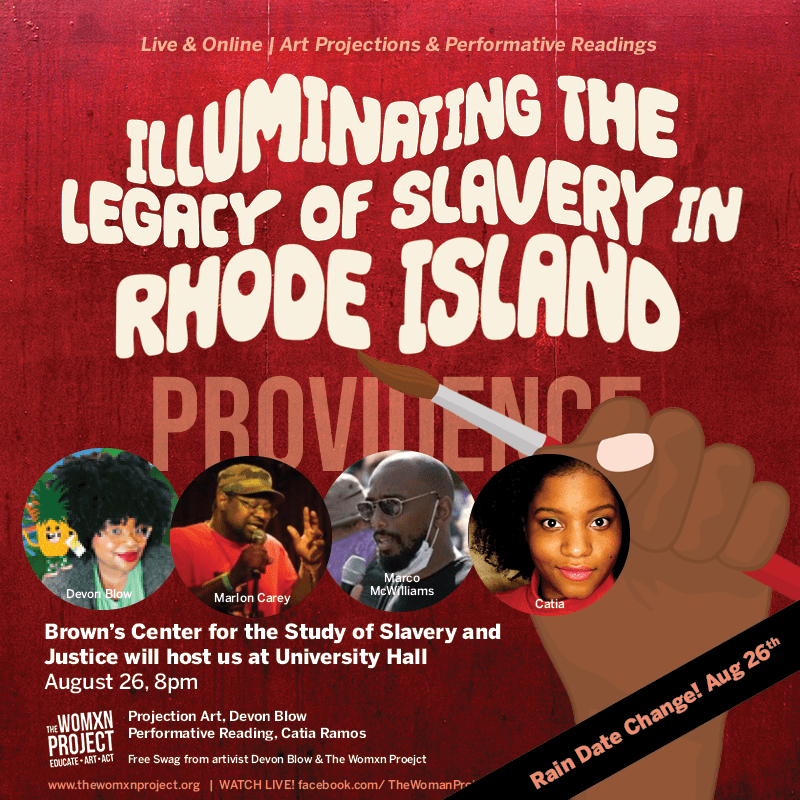 In June of 2020, (former RI) House Speaker Nicholas Mattiello stated that he was “unsure” if there had ever been slavery in Rhode Island. The Womxn Project chose Brown University’s most iconic building, University Hall, as a site for artivist projections on August 26th, to illuminate the fact that enslaved laborers not only lived and worked in Rhode Island, but they built some of our state’s most significant buildings. We are excited that Brown’s Center for the Study of Slavery and Justice will host The Womxn Project for the Aug. 26 event at University Hall for this event.

Specific research being use on this location:
Built in 1770 by four people,  Pero, enslaved person; Job, Native American; and Mingow, a “free” African, were three of at least four enslaved laborers who built University Hall, then called the College Edifice for the College of Rhode Island. This site represents how slave labor built the state of RI – literally and as an economy.

Reference from the Center for the Study of Slavery and Justice, Brown University