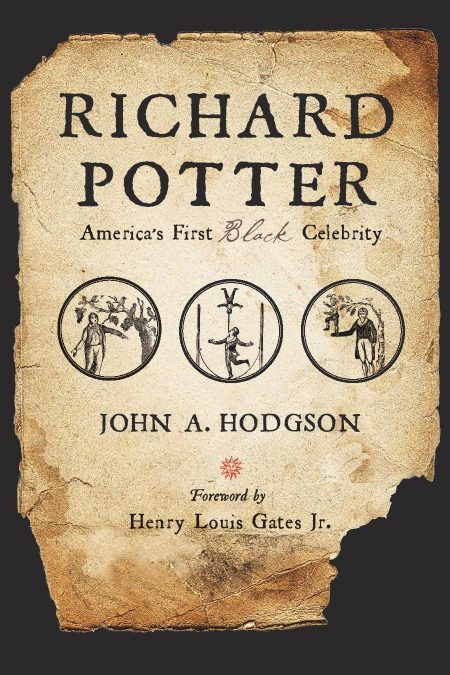 Join the Newport Historical Society for a talk with author John Hodgson on Itinerant Performers on Thursday, June 4th, 2020 at 5:30pm in the Leatherman Program Center at 82 Touro Street, Newport, RI.

Discover the untold history of Richard Potter, known as America’s first Black Celebrity, and the first showman to win truly nationwide fame in the 1800s. Working as a magician and ventriloquist, he personified for an entire generation what a popular performer was and made an invaluable contribution to establishing popular entertainment as a major part of American life.

Richard Potter’s performances were enjoyed by an enormous public, including the residents of Newport, but his life off stage has always remained hidden and unknown. Now, for the first time, John A. Hodgson tells the remarkable, compelling– and ultimately heartbreaking– story of Potter’s life, a tale of professional success and celebrity counterbalanced by racial vulnerability in an increasingly hostile world.

John Hodgson taught English and American literature at Yale University, the University of Georgia, and Harvard University before serving twenty years as the Dean of Forbes College at Princeton University until his retirement in August 2014.  He is the author of books on Wordsworth, on Coleridge and Shelley, and on the Sherlock Holmes stories, and recently contributed the article on Arthur Conan Doyle for the Blackwell Companion to Crime Fiction.  He now lives in Andover, New Hampshire, where he serves on the board of the Andover Historical Society and where the subject of his most recent book, Richard Potter: America’s First Black Celebrity (University of Virginia Press, 2018), lived for many years.