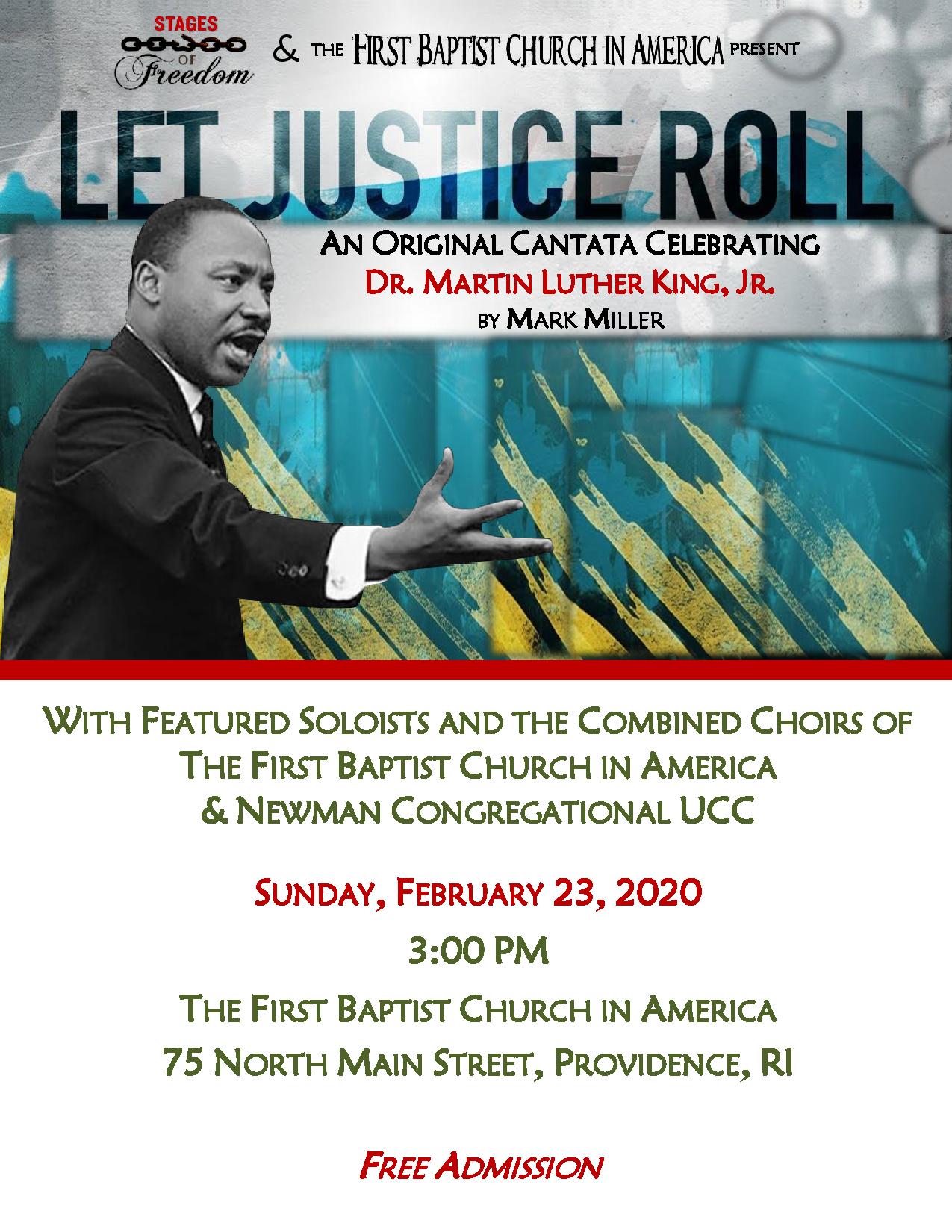 Musicians from The First Baptist Church in America in Providence are joining forces with East Providence’s Newman Congregational Church UCC and Stages of Freedom to produce an afternoon of original choral music designed to lift up the leadership and legacy of the Rev. Dr. Martin Luther King, Jr.

This dramatic concert begins with Dr. King’s “Letter from a Birmingham Jail” and ends with a dramatic choral cantata with narration entitled “Let Justice Roll!”, an original work written by Julliard graduate and Yale Institute of Sacred Music lecturer, Mark Miller. The cantata captures the Letter’s vision and power, bringing alive its themes through a tapestry of guest artists with solo performances that include RI jazz pianist Claudius Cooper, New York City baritone Frank Mathis, and Newman Congregational’s own Becky Bass, soprano. Additionally, Providence leadership and diversity strategist Lawrence E. Wilson, narrator for this event, will conduct the chorus in its performance of two of his own works.