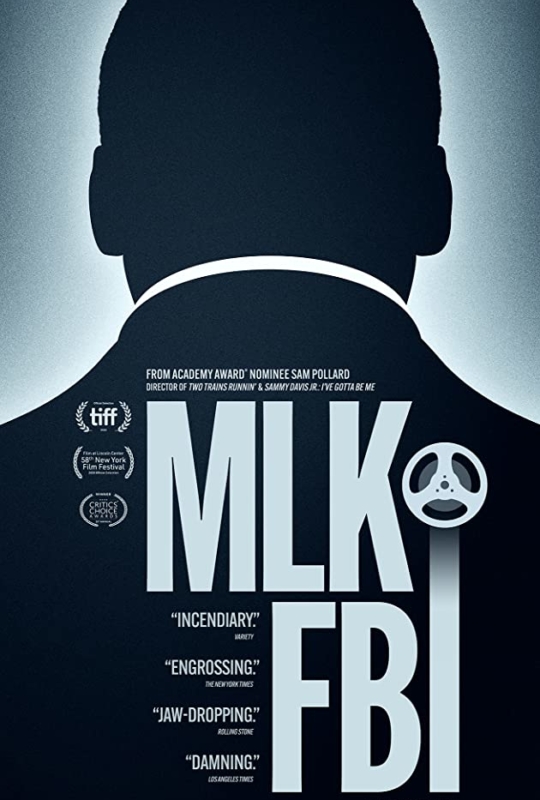 MLK/FBI, presented by Rhode Island Council For The Humanities, is available to stream via newportFILM Monday 2/22 – Thursday 2/25 (at 11:59 PM EST).

This project is part of Culture is Key, an initiative of the Rhode Island Council for the Humanities to explore and document the role of cultural participation in rebuilding civic life, encouraging communities to come together to learn about our shared histories and diverse experiences, and to envision a better future. Click here to register. newportFILM will provide a link so you can stream MLK/FBI. Then engage with the conversations on February 25th and 28th – more details below.

MLK/FBI is the first film to uncover the extent of the FBI’s surveillance and harassment of Dr. Martin Luther King, Jr. Based on newly discovered and declassified files, utilizing a trove of documents obtained through the Freedom of Information Act and unsealed by the National Archives, as well as revelatory restored footage, the documentary explores the government’s history of targeting Black activists, and the contested meaning behind some of our most cherished ideals. Featuring interviews with key cultural figures including former FBI Director James Comey and directed by Emmy® Award-winner and Oscar®-nominee Sam Pollard, MLK/FBI tells this astonishing and tragic story with searing relevance to our current moment.

Sunday 2/28: Story in Public Square interview with film director & producer will be broadcast on PBS nationwide (RI PBS airs at 11 am and 7:30 pm). Interview will also be available as a podcast on the POTUS channel on SiriusXM Radio.

Streaming of MLK/FBI and engaged conversation about the themes of the film are a collaboration of newportFILM and journalist G. Wayne Miller of Story in the Public Square / The Providence Journal as part of the Rhode Island Council for the Humanities’ Culture is Key initiative to understand, test, and evaluate the role of cultural participation on our state’s civic health.

Culture is Key is supported by the Rhode Island Foundation, the Federation of State Humanities Councils, and the Andrew W. Mellon Foundation.