Rightfully Hers: American Women and The Vote 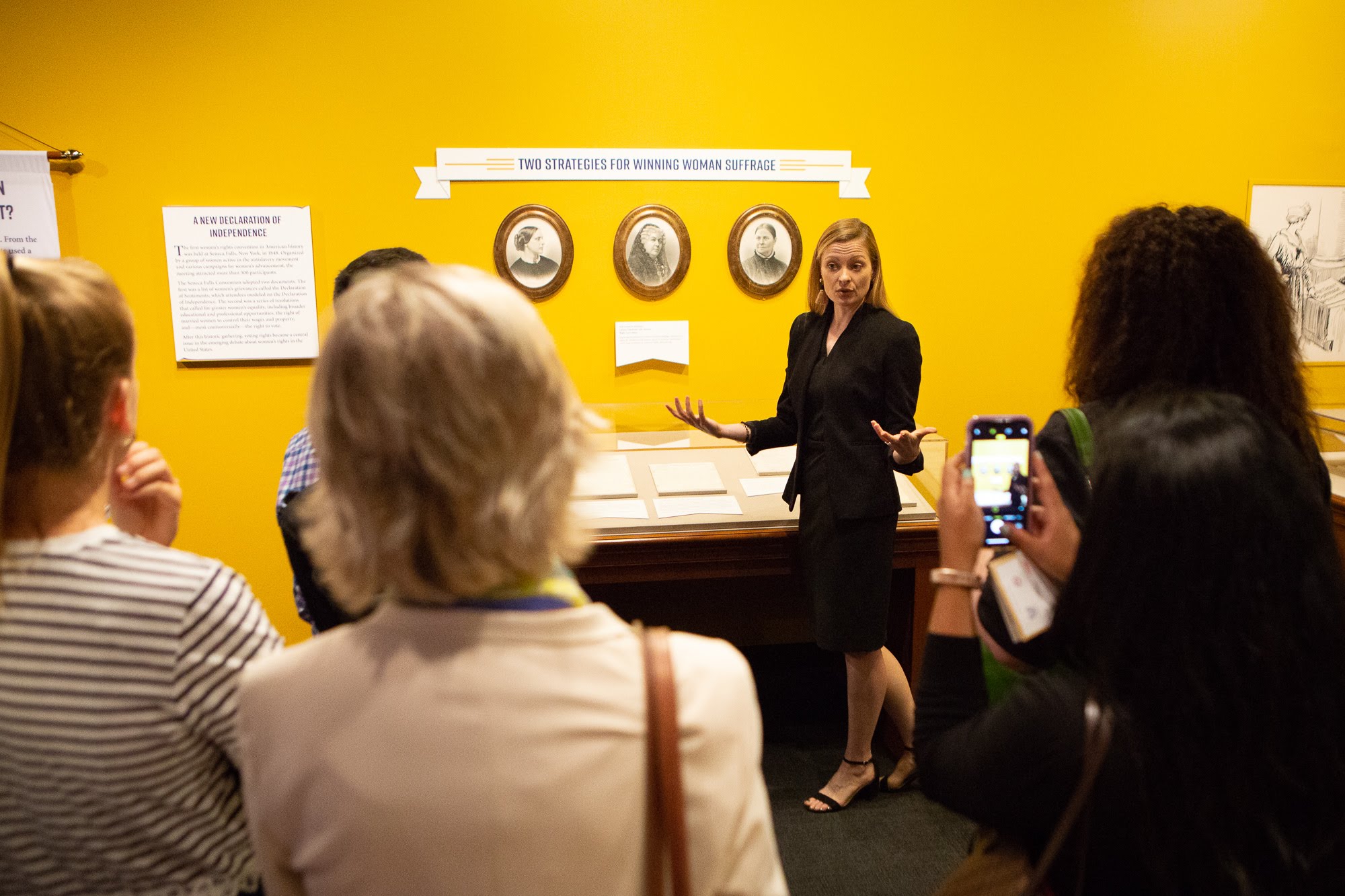 Join the Newport Historical Society for a talk with Corinne Porter on Rightfully Hers on Thursday, May 21st, 2020 at 5:30pm at the Leatherman Program Center at 82 Touro Street, Newport, RI.

National Archives curator and former NHS Buchanan Burnham Intern, Corinne Porter will discuss the history and contemporary relevance of the 19th Amendment to the Constitution during its 100th anniversary year and the process of developing the Rightfully Hers exhibition. Rightfully Hers: American Women and the Vote commemorates the 100th anniversary of the 19th amendment by looking beyond suffrage parades and protests to the often overlooked story behind this landmark moment in American history. “The exhibit commemorates the 100th anniversary of the amendment’s passing by seeking to clarify the who, when and where of women’s fight to become equal with not just men, but also with one another,” says USA Today. This fuller retelling of the struggle for women’s voting rights illustrates the dynamic involvement of American women across the spectrum of race, ethnicity and class to reveal what it really takes to win the vote for one half of the people.

Corinne Porter, curator of Rightfully Hers: American Women and the Vote, has worked at the National Archives in Washington, DC, since 2007, and joined the exhibits team in 2013.  She curates the National Archives Museum’s Public Vaults permanent exhibition, was curator for One Victory! (2015) a WWII photography exhibition for the Department of State’s U.S. Mission to Kazakhstan; lead researcher for Making their Mark: Stories through Signatures (2014); and curator of the “Rights of Native Americans” interactive table exhibit in the Records of Rights permanent exhibition (2013).