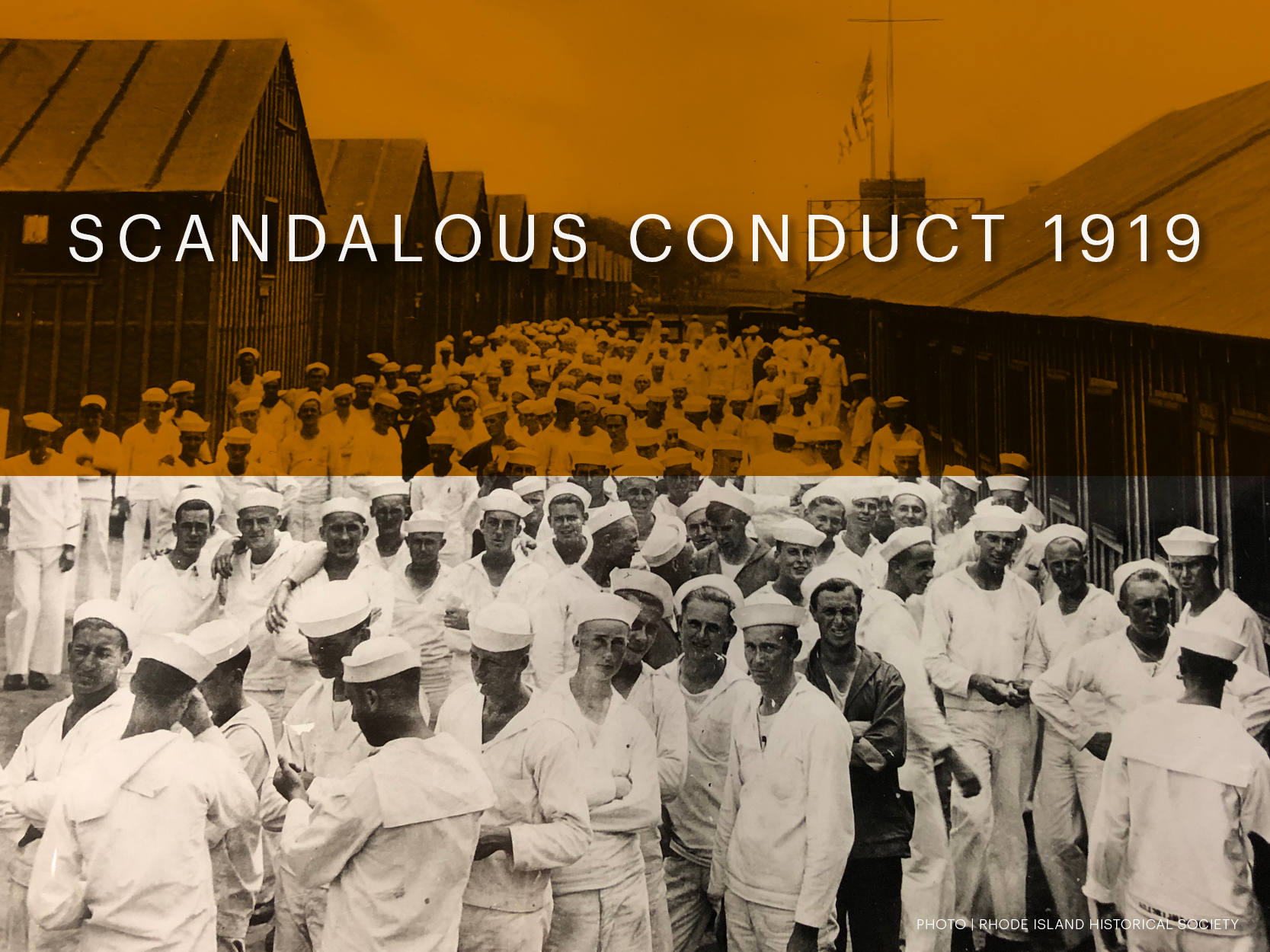 Who was John Rathom and why should we care? As editor of the Providence Journal a century ago, this mysterious Australian almost singlehandedly took a homophobic Navy entrapment scheme and turned it into a national scandal, one which brought homosexual “scandalous conduct” into daily newspapers and almost derailed the career of a future president. This talk will look at this colorful huckster, a man who invented his past and made up war stories to sell papers, and ask what it means when justice prevails but for all the wrong reasons.

This is the first program in Scandalous Conduct/Newport 1919, a site-specific installation and series of public programs related to the Newport Sex Scandal, a largely forgotten, but hugely important moment in the history of LGBTQ+ rights. The series was created by Matthew Lawrence and Jason Tranchida, and originally planned for summer 2020; programs will now take place throughout 2020 and 2021. For more information on the whole project, visit scandalousconduct.com.

Scandalous Conduct/Newport 1919 is supported by grants from Rhode Island Council for the Humanities, Rhode Island State Council on the Arts, Brown Arts Initiative, and the Arts & Cultural Alliance of Newport County.

Jason Tranchida & Matthew Lawrence are a collaborative team in Providence who have worked on multiple art and curatorial projects including Headmaster, a project-based print magazine featuring original art and writing commissions. Headmaster frequently spotlights forgotten moments in gay/queer history, from an illustrated biography of singer Antonio Variações (the first confirmed AIDS victim in Portugal) to a sculptural biography of Alan Turing (published 18 months prior to the hit film The Imitation Game that made Turing a household name).

Jason and Matthew have also produced a number of curated events including After School Special, a night of performance and interactive sculptural work at the RISD Museum. For the inaugural PVDFest, they received a public art grant from The Avenue Concept to produce AV Club, a looped video program screened inside a downtown gay bar.