The Imperative of Integration 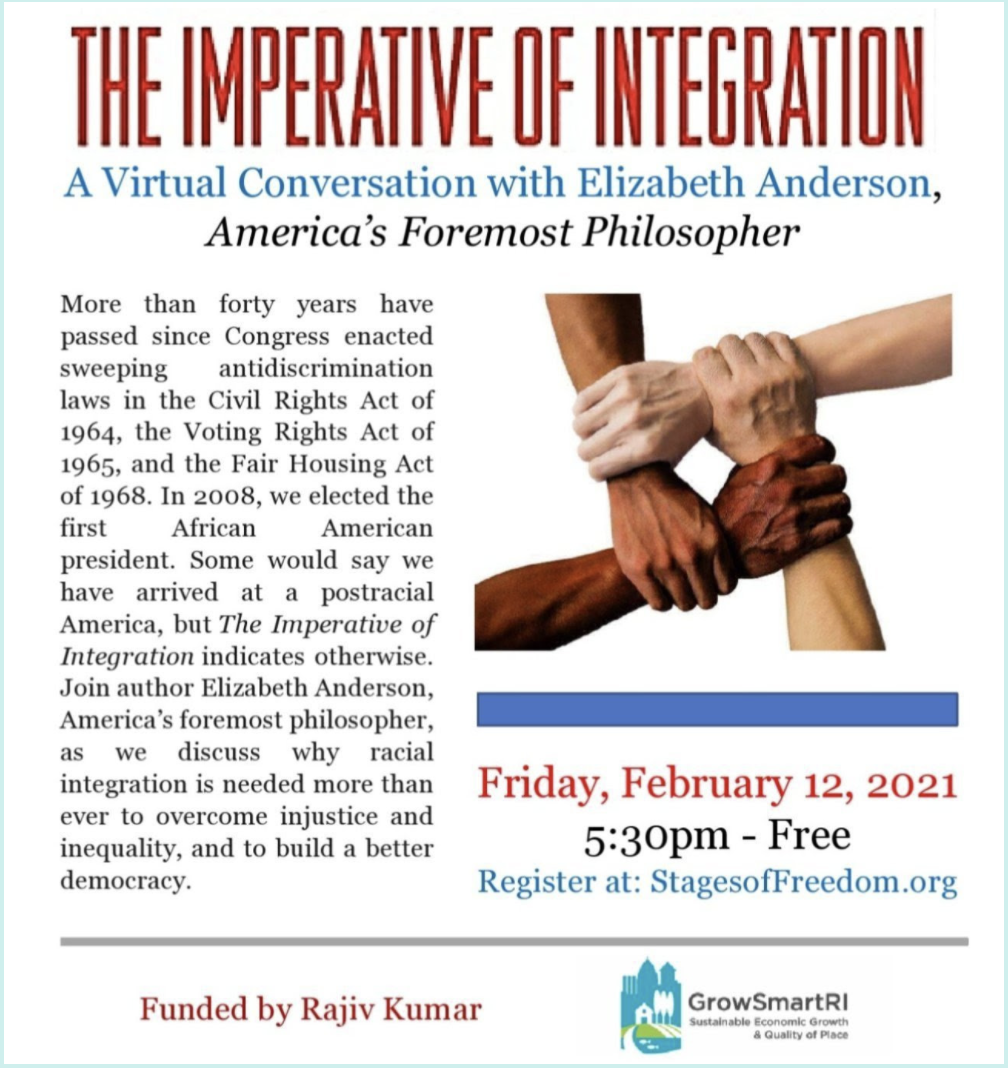 The Imperative of Integration: A Virtual Conversation with Elizabeth Anderson, America’s Foremost Philosopher

More than forty years have passed since Congress enacted sweeping antidiscrimination laws in the Civil Rights Act of 1964, the Voting Rights Act of 1965, and the Fair Housing Act of 1968. In 2008, we elected the first African American president. Some would say we have arrived at a postracial America, but The Imperative of Integration indicates otherwise. Join author Elizabeth Anderson, American’s foremost philosopher, as we discuss why racial integration is needed more than ever to overcome injustice and inequality, and to build a better democracy.