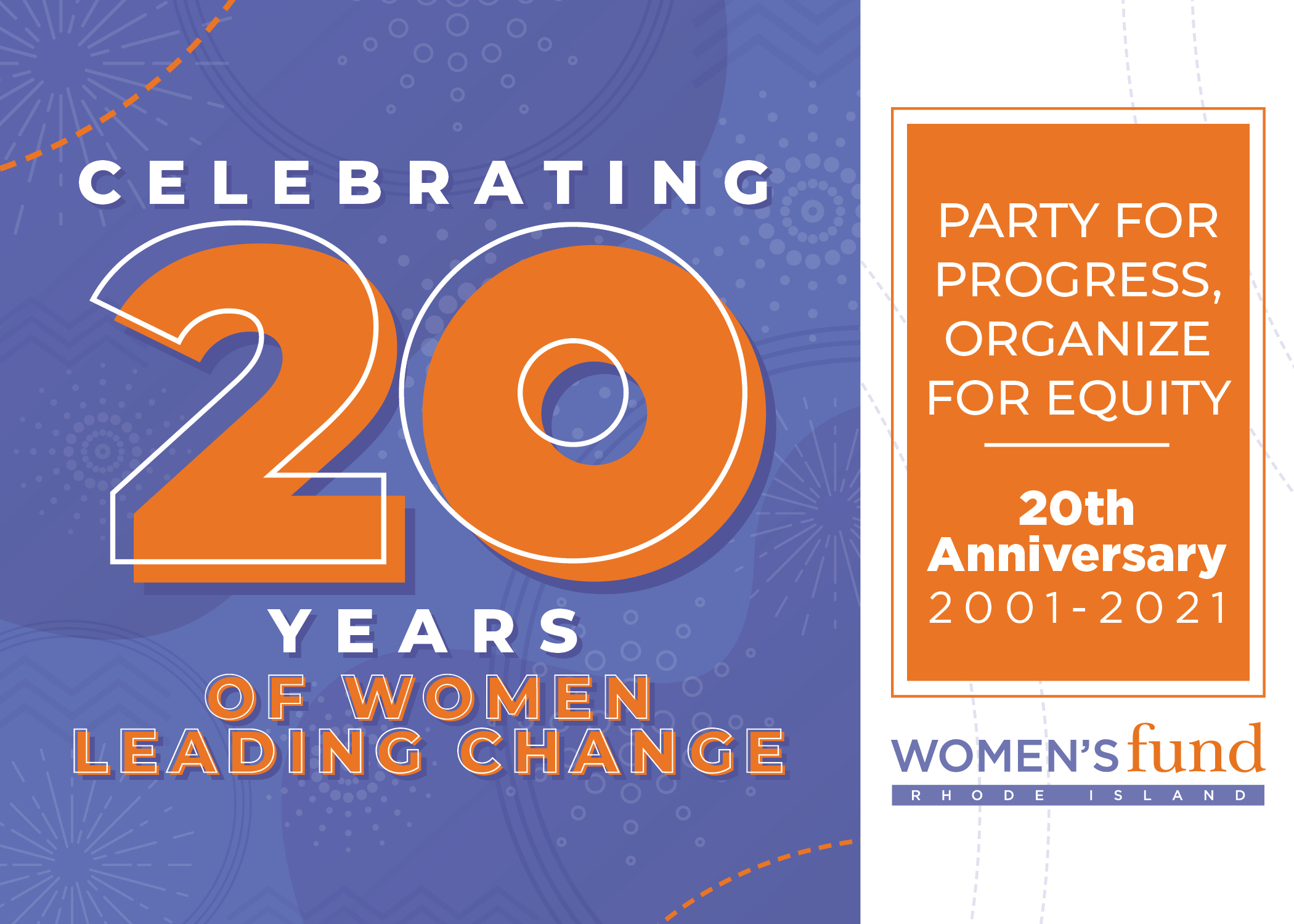 Women Leading Change event is the Women’s Fund of Rhode Island’s premier fundraiser, bringing together business and community leaders, social activists, philanthropists, and anyone interested in leveling the playing field for women and girls in Rhode Island to commemorate the organization’s 20-year impact.

The event is both a celebration and tribute. Simone Joyaux founded WFRI in 2001 as Rhode Island’s first organization dedicated to gender equity in the state. Twenty years later, the organization has helped pass several essential laws, including Temporary Caregiver Insurance, Pregnancy Accommodations, Eliminating the Tampon Tax, the Reproductive Privacy Act, the Doula Reimbursement Bill, the Fair Pay Act, and increasing the Minimum Wage to $15 an hour. We have given hundreds of thousands of dollars in grant money to nonprofits working at the intersection of racial and gender equity, completed annual research on women’s status, and trained 99 women to be advocacy leaders in Rhode Island. WFRI has helped put dozens of women in office, trained hundreds in salary negotiation skills, and has been the leader in evidence-based gender equity work for the past twenty years. This event celebrates our past wins and all of the women who helped us get there.

“In 2011, I joined the Women’s Policy Institute, and we researched CA and NJ’s paid family leave laws. In 2012, I ran for the state senate to make paid leave a reality. It was the collaborative effort of the WPI cohort and WFRI’s commitment to gender equity that brought paid leave to the forefront of the legislative session in 2013.”-Senator Gayle Goldin

The event is on September 23, 5:30-6:45 pm virtually. Sponsorships are available by contacting Kelly Nevins at knevins@wfri.org. Tickets are available here: https://event.gives/wfri, and you can order a 20th Anniversary Photo Keepsake book at that link as well.

Registration is free. Opportunities to donate through ticket purchase are available at the link below.