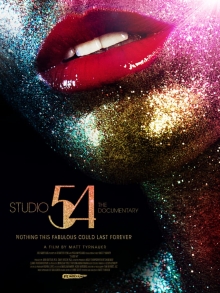 ABOUT THE FILM
With rare footage, a parade of colorful patrons and staff, and brutally honest interviews with Schrager himself, Studio 54 is a riveting study in contradictions. Inside the palatial theatre-turned-disco, the crowd reveled in an atmosphere of total acceptance, whether drag queen, octogenarian, waiter, or celebrity. Yet outside, a frenzied, excluded mob yearned to be noticed by the doorman and ushered into the sanctum of pulsating love. Schrager and Rubell’s glittering creation sprang from carefree naiveté and unbridled ambition—yet those same instincts managed to destroy it. This bracing story reveals how even the most culturally potent and transformative phenomena can be vulnerable and fleeting.