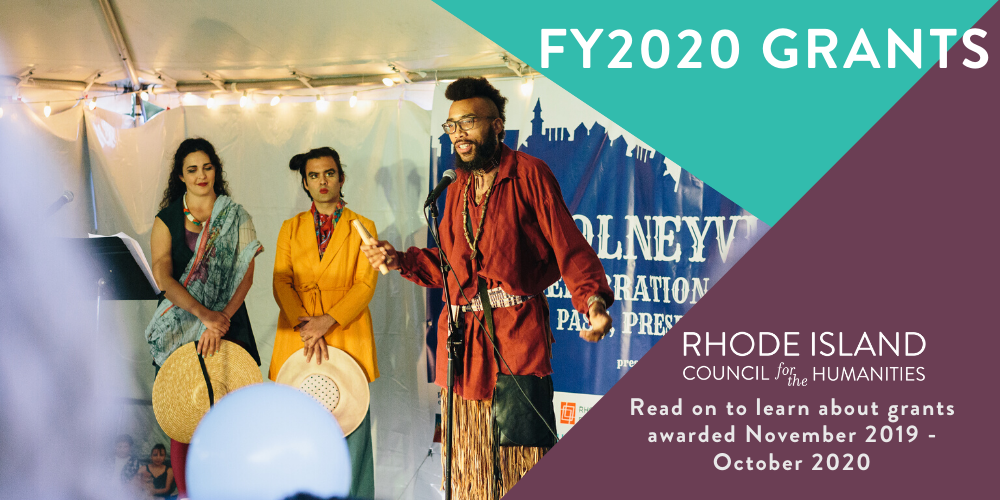 This list is updated following each mini grant cycle (November, February, May, and August) as well as in April when the Humanities Council announces major grant awards. Please check back regularly for the most current details of the public history, cultural heritage, civic education, and community engagement projects happening throughout the state.

Public Project Grants: In support of organizations and projects that enrich and enliven the life of our state through public humanities programs which include civic engagement and education components to cultivate the civic leaders of future generations.

Check back in April when Major Grant Awards are announced.

To support a schoolwide program series connecting students, families, and faculty with African-American history and culture. Through lectures, classroom discussions, exhibits, a traveling museum, and jazz concert, Ponaganset is working to build a school culture rooted in an appreciation of the impact and contributions of America’s diverse communities.

To support a program series examining the history and culture of food pathways in the United States and Rhode Island. Through guest lectures and a poetry slam, Bryant University students and the public will connect and discuss our complex and varied relationships with food, especially in relation to issues of access.

Documentary Film Grants: In support of documentary films that preserve Rhode Island’s stories and bring its history to life.

Check back in April when Major Grant Awards are announced.

Check back in March when Mini Grants from the February award cycle are announced.

Research Grants to Individuals: In support of independent research that captures and illuminates Rhode Island’s stories.

To support research exploring the Naval Scandal of 1919-20 in Newport, RI that sought to stamp out “immoral” acts of sailors and civilians—members of the city’s gay community. The project culminates in an installation and lecture series uncovering and interpreting the affair’s impact on LGBTQ, Naval, and Rhode Island history and culture.