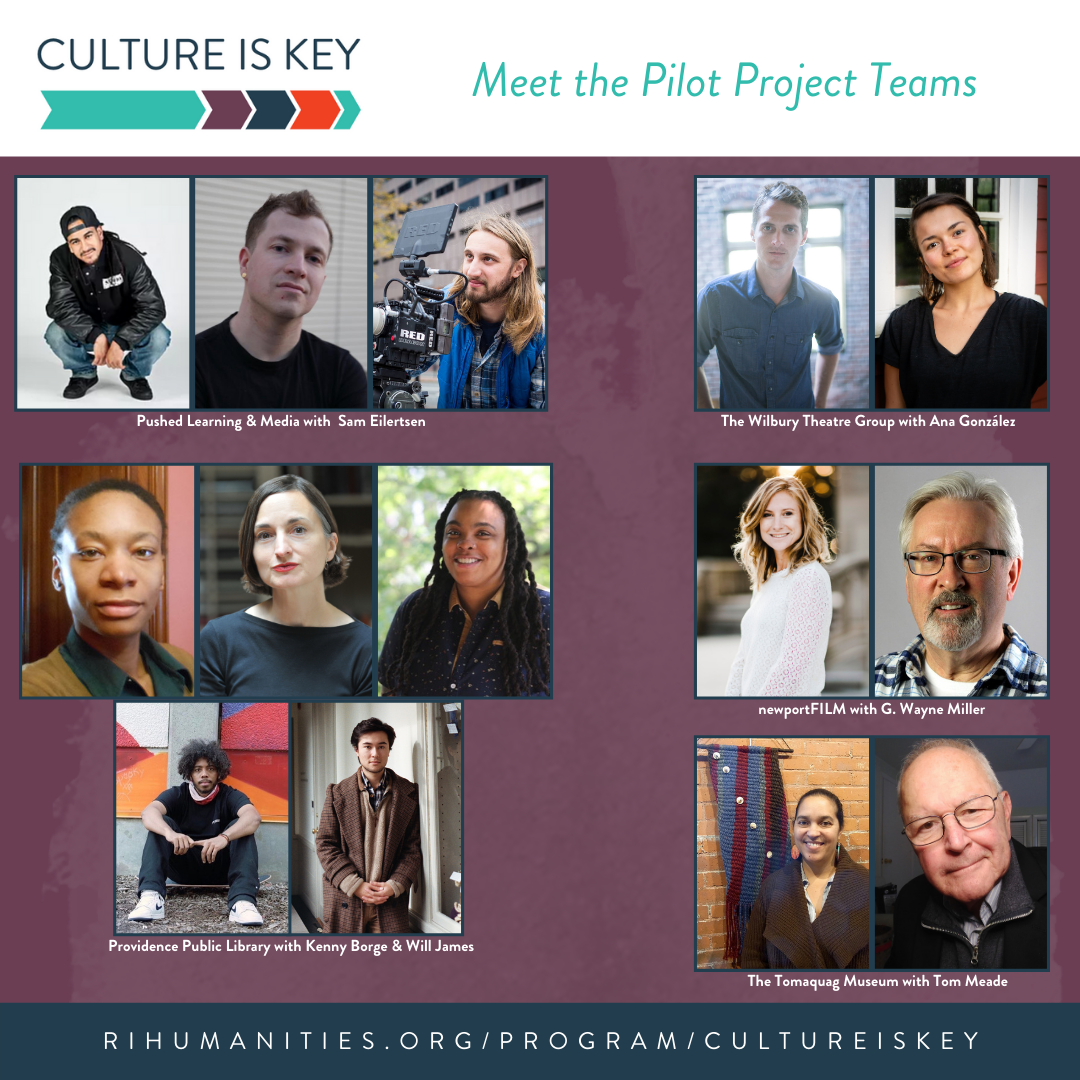 As part of the Culture is Key initiative, five Rhode Island cultural organizations will undertake pilot projects where they will collaborate with local journalists and media producers to explore how to deepen the civic impacts of cultural programs. Representing radio, public television, print journalism, video production, and content development for social media, the journalists bring to the pilot projects their perspectives on community engagement, media literacy, media production, and the public role of cultural and media organizations to the pilot projects. The participating organizations span diverse disciplines including museums, libraries, theaters, festivals, and youth programming. Each has a strong track record of delivering quality cultural experiences for diverse audiences across the Ocean State. The organizations are listed below and more details about their projects is forthcoming.

Providence Public Library (PPL) is a 145-year-old nonprofit corporation providing free public library services through its rich and historic physical and digital collections, extensive information resources, thought-provoking exhibitions, impactful educational programs, and expert staff. PPL is continually transforming and focused on providing equally transformative experiences for all Rhode Islanders. The Library is actively expanding our reach through critical statewide collaborations and serving as an open and supportive teaching and learning place where communities can connect, experience, create and achieve, whether in our physical or virtual realms.To achieve our mission, the Library is strategically focused on serving Rhode Island families and early care providers, teens, downcity residents, learners seeking workforce development, and those pursuing creative and scholarly endeavors.

The Tomaquag Museum, which celebrated its 60th anniversary in 2018, was established in 1958 by Eva Butler, an anthropologist, with the guidance of the late Princess Red Wing (Narragansett/Wampanoag). It is Rhode Island’s only museum entirely dedicated to telling the story of the Indigenous Peoples. Tomaquag, located in historic Arcadia Village in Exeter since the early 70’s, is also the only Rhode Island museum led by Indigenous people. A recipient of the 2016 Institute of Museum and Library Services National Medal, the museum has a unique collection of thousands of cultural objects along with hundreds of thousands of pieces of archival materials focusing on the Indigenous peoples of Southern New England and highlighting the federally recognized Narragansett Tribe.

Recent initiatives by the museum have included, the publication of a new edition of The Key into the Language of America by Roger Williams, the Indigenous Empowerment Network (IEN) which empowers Native artists, youth, and community through internships, apprenticeships, museum careers, and arts business development, and the creation of the First People’s of Rhode Island Rhode Tour in partnership with the Rhode Island Council for the Humanities.

An award-winning, not-for-profit professional theatre company, The Wilbury Theatre Group engages our  community in thought-provoking conversation through new works, reimagined classics and adventurous playmaking. We are idealistic, ambitious, and stubborn in our resolve to create theatre that entertains, enlightens, and inspires.

Participate in the Wilbury Theatre Group’s Culture Is Key performance, Capture the Block: Stories from Ward 15. More details at: thewilburygroup.org/capture-the-block.html

Culture is Key is an initiative to understand, test, and evaluate the role of cultural participation on our state’s civic health.