The members of the Advisory Committee for the Council’s Culture is Key initiative include leaders in cultural participation, journalism, data and strategy, and community engagement. As advisors for Culture is Key, these individuals will work closely with Fellow Julia Lazarus and offer advice and capacity building for ongoing pilot projects. Read on to learn more about the committee members. 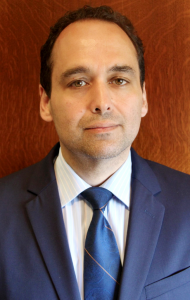 Gonzalo Cuervo is a proud Rhode Islander and public administrator who currently serves as Deputy Secretary of State. He formerly served as Chief of Staff to the Mayor of Providence and Communications Director for the City of Providence and the RI Department of State. Cuervo serves on the boards of Crossroads, the Latino Policy Institute at Roger Williams University, the Providence Cultural Equity Initiative, Roger Williams Park Conservancy, and Teatro ECAS. He is a past board member of the Providence Performing Arts Center, an occasional contributor to Acontecer Latino newspaper, and a co-host of the Spanish language podcast, Zona de Promesas. He holds a BS in Human Services from Springfield College and certificates in Municipal Leadership from Bryant University’s Hassenfeld Institute for Public Leadership and in Communication and Media Studies from Universidad de Antioquía, Medellín, Colombia. 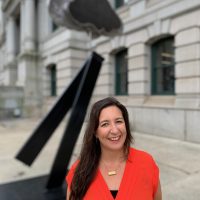 Stephanie Fortunato has been the Director of Providence’s Department of Art, Culture + Tourism since 2016. She leads the Department at the intersection of cultural planning and urban development, collaborating with local communities to create arts-based policies and partnerships that strengthen neighborhoods and transform public spaces. Previously, Fortunato was director of programs for The Pawtucket Foundation and a consultant with Jane Clark Chermayeff Associates, LLC. She serves on the boards of WaterFire and the Providence-Warwick Convention & Visitors Bureau, and on advisory committees for Congressman Jim Langevin’s Arts and Culture Committee and the New England Foundation for the Arts, among others. She holds a MA in Public Humanities from Brown University and a BA in Humanities from Providence College.

Gayle L. Gifford, MS, ACFRE is a nationally known consultant, author, and trainer with more than 30 years of experience in organization development, board governance, public engagement, and fund development for the nonprofit and public sectors. Prior to co-founding Cause & Effect, Inc. in 1996, Gifford was a valued department head and senior manager leading strategy, planning, advocacy, revenue and program growth, and quality efforts at Plan International USA, Save The Bay, and City Year RI. Gifford holds a MS in Management from Antioch University New England and a BA from Clark University, where she studied urban geography. She has been a long time instructor in the Masters in Public Humanities and Cultural Heritage program at Brown University. Gifford is author of two books and contributor to four others on nonprofit governance and fundraising. Gifford served on the board of the Rhode Island Council for the Humanities (2002 – 2008) and as chair of the board (2006 – 2008). 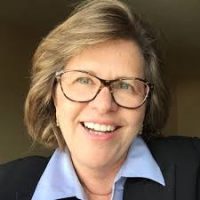 Renee Hobbs, EdD is an internationally-recognized authority on digital and media literacy education. Through community and global service and as a researcher, teacher, advocate and media professional, Hobbs has worked to advance the quality of digital and media literacy education in the United States and around the world. She is Founder and Director of the Media Education Lab, whose mission is to improve the quality of media literacy education through research and community service. She has published 10 books and over 150 articles in scholarly and professional journals. Hobbs holds an EdD in Human Development from the Harvard Graduate School of Education, a MA in Communication from the University of Michigan, and a BA with a double major in English Literature and Film/Video Studies from the University of Michigan. 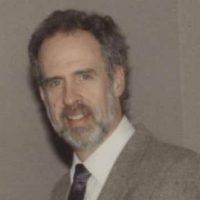 Francis J. Leazes, Jr., MPA, PhD is a Professor of Political Science and Public Administration at Rhode Island College (RIC) in Providence. He chaired the Political Science Department at RIC, and for two decades directed the RIC-URI Cooperative Master of Public Administration Program. He is the author of articles on Nonprofit Administration, Urban Politics, Public Budgeting and Finance, and he co-authored Providence: The Renaissance City, a political analysis of Providence in the years 1960-2000. His current teaching and research interests include program evaluation, economic development, arts, culture and tourism, and the educational opportunities presented by digital technology and public cemeteries. Leazes holds a BA from the College of the Holy Cross in History, a MA in History from the University of Massachusetts, Amherst, and both a MPA and PhD in Political Science from the University of Connecticut, Storrs. 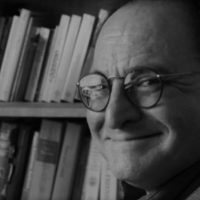 Torey Malatia is President, CEO, and General Manager of Rhode Island Public Radio, dba The Public’s Radio. Best known as the creator of forward-looking audio content, and, with his friend, Ira Glass co-creator of This American Life, Malatia is a leading figure in public media strategic thinking in the United States, and has written and lectured extensively about public media’s role as a public trust. Malatia entered media as a journalist and continues in this role. He has written for the Scottsdale Daily Progress, the Chicago Sun-Times, Phoenix Magazine, the alternative weekly New Times, and numerous periodicals including the public media trade publication, Current. Malatia holds a MA and BA in English Literature from Arizona State University and pursued postgraduate study at the University of Toronto in Middle English literature. He most recently attended the Executive Education Program at The University of Chicago Booth School of Business. 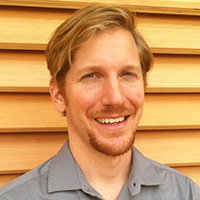 Todd Trebour is the Organizations Program Director at the Rhode Island State Council on the Arts (RISCA). Trebour manages and oversees the agency’s support for organizations, including grants, programs, and services. A strong believer the power of partnerships and networks, Trebour has co-piloted several new initiatives at RISCA since he started in 2018, including affinity group convenings of organizations; an Arts and Cultural Advocacy Workshop series with the United Way of Rhode Island, City of Providence Department of Art, Culture + Tourism, and the Rhode Island Council for the Humanities; and an Advancing Cultural Equity Workshop and Technical Assistance Program in partnership with the Rhode Island Foundation. Currently, Trebour is serving his second term on the Emerging Leaders Advisory Council at Americans for the Arts (AFTA) and is AFTA’s State Arts Advocacy Captain representing Rhode Island. He is also an adjunct faculty member at Goucher College where he teaches “Cultural Ecosystem: The Arts in Community” as part of the Masters in Arts Administration program. Trebour holds a BA in Music Performance from Whitman College, a MM in Voice from Rice University, and a certificate in nonprofit arts management from the University of Massachusetts, Amherst. 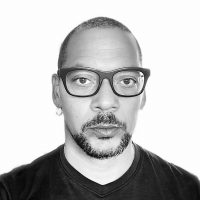 Joe Wilson, Jr. holds a BA in Political Science from the University of Notre Dame, and a MFA in Acting from the University of Minnesota/Guthrie Theatre training program. He has worked On Broadway (2000 Tony Award-nominated production of Jesus Christ Superstar, and 2018 Tony Award-nominated Iceman Cometh starring Denzel Washington), Off Broadway, as well as performing in regional theaters around the country. He has taught acting, art activism, and lectured at the high schools, colleges, universities and at conferences locally and around the country. Wilson is in his 16th season as a member of the Resident Acting Company at Trinity Repertory Company, and is the Founder of Trinity Rep’s Center for Activism and Performance, as well as the Producer of the annual community art-making collaboration America Too, held at Trinity Rep every Fall. He has been honored by the Rhode Island Black Heritage Foundation, and is a Fox Foundation Fellow for Distinguished Achievement in the Arts. In 2019, Wilson was honored by the Rhode Island Council for the Humanities with its Public Scholar Award and also received the Providence NAACP’s Medgar Evers Award for Public Service. Most recently, Wilson was inducted into the City of Providence 2020 MLK Hall of Fame for Outstanding Service. Wilson currently serves on the Board of Directors for the Manton Avenue Project in Olneyville, and the Center for Reconciliation at the Cathedral of Saint Paul in collaboration with the Episcopal Diocese of Rhode Island. 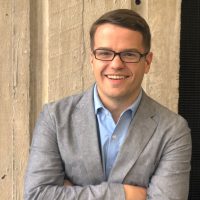 David Yokum, JD, PhD is Director of The Policy Lab at Brown University, where he leads a wide portfolio of work leveraging scientific methods to improve public policy and operations. Yokum was previously the founding director of The Lab @ DC in the D.C. Mayor’s Office and, before that, a founding member of the White House’s Social & Behavioral Sciences Team and director of its scientific delivery unit housed at the U.S. General Services Administration. President Obama institutionalized the latter work in Executive Order 13707, “Using Behavioral Science Insights to Better Serve the American People.” All three ventures were exemplars of building internal-to-government scientific capacity and partnerships with universities, which have since inspired replications across the world. Yokum’s work—from the world’s largest field experiment of a police body-worn camera program, to building algorithms that predict the location of rats, to a Form-a-Palooza initiative systematically re-designing all government forms—has been published in diverse outlets (e.g. Nature Human Behavior, Proceedings of the National Academy of Sciences (PNAS), Health Affairs, Governing Magazine), received widespread media coverage (New York Times, Wall Street Journal, NPR, etc.), and impacted individuals and communities across the country. He holds a JD and PhD (psychology: cognition and neural systems) from the University of Arizona, a MA in Bioethics & Medical Humanities from the University of South Florida, and a BS in Biology from Birmingham-Southern College.

Culture is Key is an initiative to understand, test, and evaluate the role of cultural participation on our state’s civic health.