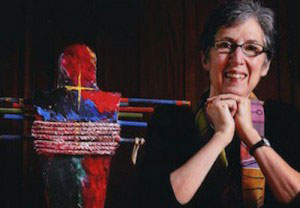 This talk, given by Ruth Phillips, Carleton University, re-examines the critical role played by the taste for primitive art in the emergence of contemporary Indigenous artistic modernisms in Australia and Canada.

Using the examples of expatriate German anthropologist Leonhard Adam– author of the widely read 1940 Penguin Primitive Art– and the Austrian-born artist George Swinton– influential promoter of modern Inuit sculpture– it traces the evolution of their thinking as they came to understand the modernity of the Australian aborigines and Canadian Inuit whose arts they admired. Sponsored by donors to the Jane Powell Dwyer Lecture and the Friends of the Haffenreffer Museum of Anthropology.