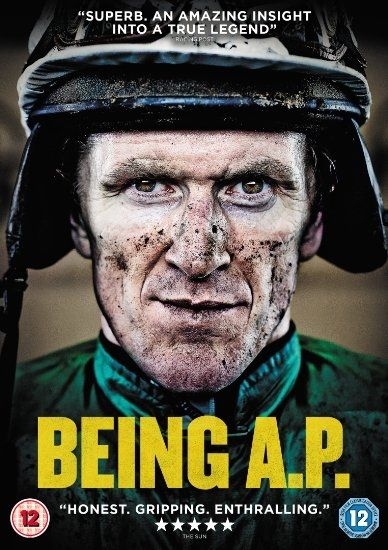 Join us for “Being AP” on the Newport International Polo Grounds as a part of newportFILM Outdoors!

ABOUT THE FILM:
BEING AP is a feature length documentary, directed by BAFTA winning and EMMY nominated director Anthony Wonke, which follows Britain’s greatest sportsman, AP McCoy, throughout the 2014/2015 season as he pursues his 20th title.

The film takes an intimate but epic look at one of the world’s greatest sportsmen; ageing but fearless, nearing the end of his career yet still willing to sacrifice everything to achieve his dream in a competitive and dangerous sport. Through this intimate portrait, we are immersed in the colourful, dramatic, and rich world of racing.

Throughout the film, we will follow AP’s daily life: his training routine; his family and home life; and the team around him – all the elements that make this man the greatest jump jockey the world has ever seen. We will see the unique combination of skills that have sustained his career and the people around him that have contributed to his success. At it’s heart, this film is a celebration of a year in the life of the incredible man that is AP McCoy.