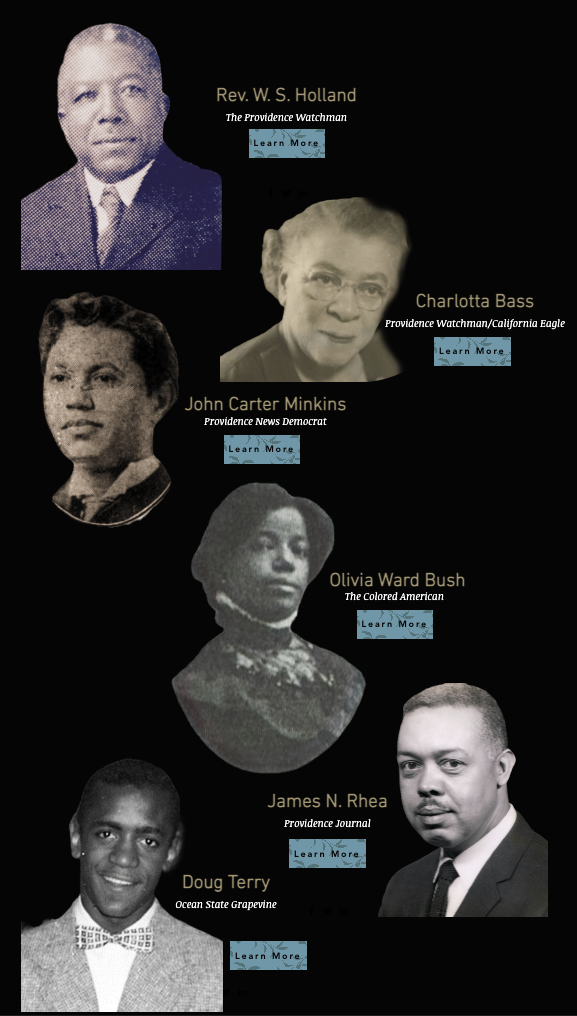 The Black Press in Rhode Island is a remarkable yet virtually unknown history. In 1857 we find Alexander P. Niger, an accomplished typesetter, in the Providence print shop of A. C. Greene. In 1860, the first African American newspaper, Rev. George W. Hamblin’s L’Overture, began publication. In 1906, John Carter Minkins becomes the nation’s first Black editor of an all-white newspaper, the News-Democrat, starting what would become a seventy-year career in Rhode Island media. In 1950, the Providence Journal hires its first Black reporter, James N. Rhea, who remained for thirty-three challenging years, writing on the plight of African Americans locally and nationally and winning a Pulitzer for doing so. 1968 through 2018 is the longest stretch of Black publications in the state, with six different newspapers coming and going and for the most part creating a continuous pipeline of information for and about the Black community. All of this is explored in Stages of Freedom’s exciting exhibit, “Black Ink on White Paper: The Black Press in Rhode Island,” which will tour Rhode Island in the autumn of 2022.