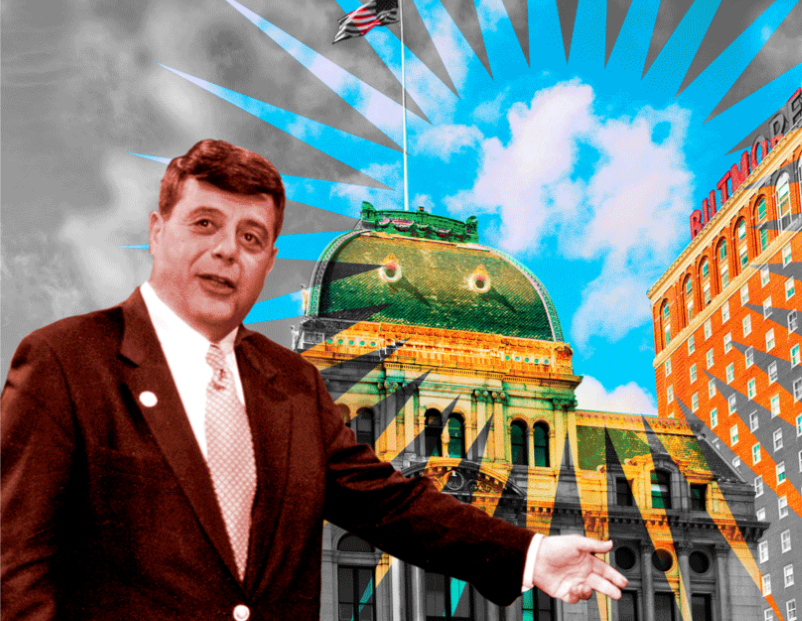 Community Partner: The City of Providence

Inspired by George Brant’s The Prince of Providence, on stage at Trinity Rep from September 12 through October 20, 2019.

Long before charisma, criminality, and an astonishing talent for comebacks made Buddy Cianci nationally infamous, he was an untested mayor in a dimming city, and the only people paying attention to him were local journalists, asking their questions and filing their stories, day after day. While his antics and deceptions eventually attracted the national press, it was only the local reporters, with their years of daily, up-close experience with him, who could give his story all the nuance and depth it required. One of them, Pulitzer Prize winning Providence Journal reporter Mike Stanton, eventually wrote a biography of Buddy, The Prince of Providence, now the basis for George Brant’s latest play, premiering as the opening of Trinity’s 2019-2020 season. Join us for a conversation with Stanton, now an Associate Professor of Journalism at the University of Connecticut; The Public’s Radio’s Political Reporter Ian Donnis; Boston Globe Staff Reporter Amanda Milkovits; and Providence Public Library’s RI Collection Librarian Kate Wells on the role of local journalism in an era of shrinking newsrooms, diversified delivery systems, precarious business models, and increasing anxiety about the trustworthiness of our news sources.

Context & Conversation (C&C) is a public conversation series co-produced and co-presented by Trinity Repertory Company and Providence Public Library, with Community Partners. Each C&C event brings together scholars, artists, and community practitioners to consider the themes and ideas found in the play currently on stage at Trinity Rep, and to consider where we find those themes and ideas at work in our own community. The conversations are moderated by Christina Bevilacqua, PPL’s Programs & Exhibitions Director and Trinity Rep’s Conversationalist-in-Residence, and each takes place in a community setting related to the themes of the play. While the play is the inspiration for the C&C event, the conversation doesn’t depend on the play.