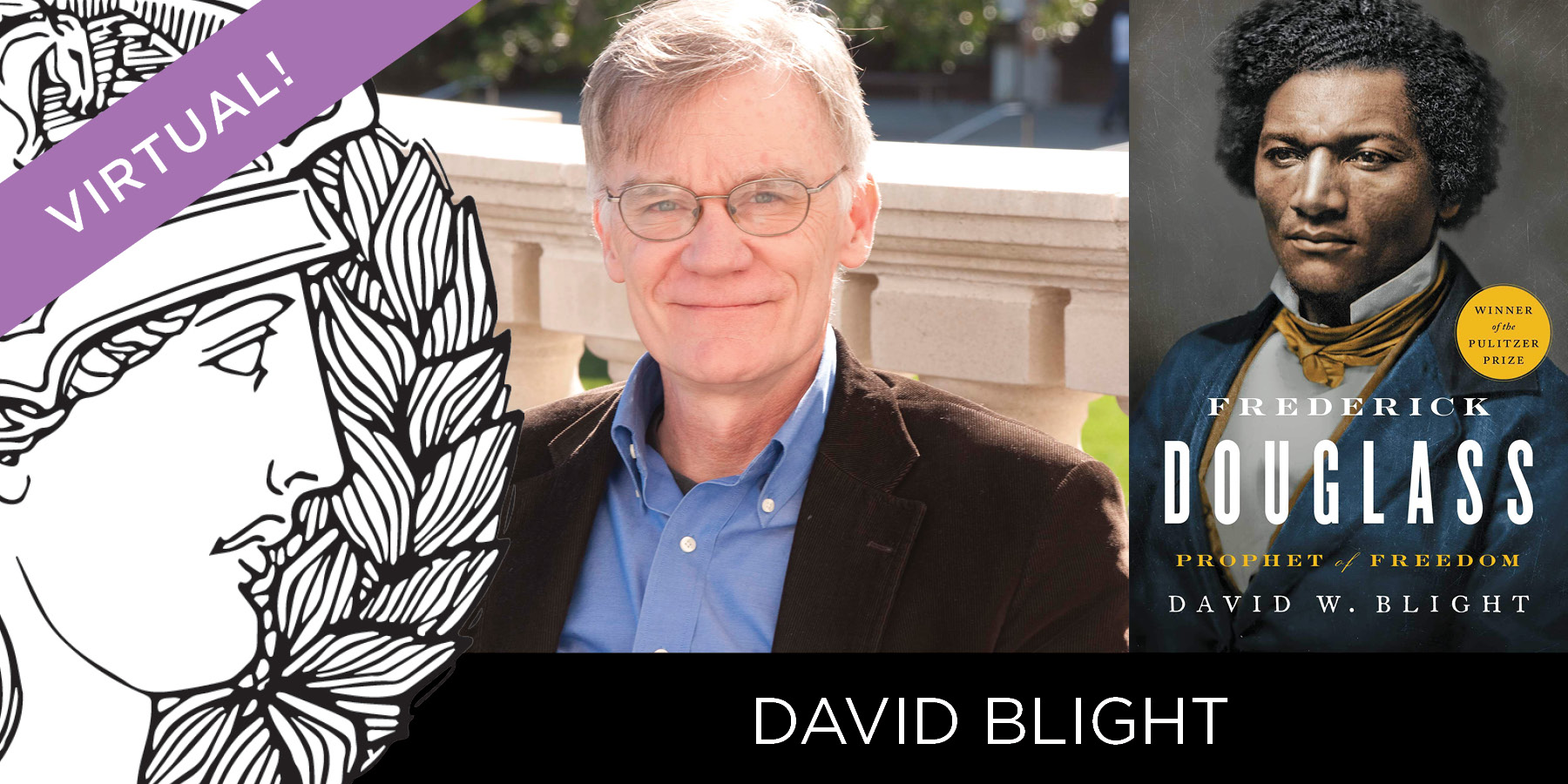 David W. Blight, Pulitzer Prize-winning author of Frederick Douglass: Prophet of Freedom and director of the Gilder Lehrman Center for the Study of Slavery, Resistance, and Abolition at Yale, will discuss Douglass’ connections to Rhode Island, his vision for freedom, and his relationships with fellow Rhode Island abolitionists. The talk will be accompanied by African American spirituals by the Schiller Boston Community Chorus.

Presented with Stages of Freedom, as part of their series “Frederick Douglass in Rhode Island”
Funded by the RI Council for the Humanities, Providence Tourism, and the Herman H. Rose Civic, Cultural and Media Access Fund

EX LIBRIS is a series of virtual programs produced by the Providence Athenæum. Featuring an array of humanities scholars, authors, historians, and thought leaders, these short conversations illuminate fascinating topics and inspire the intellectually curious. Attendees will have the opportunity to submit questions to the speaker after the presentation. You will need access to a computer or other internet-connected device to join the program on Zoom.

Stages of Freedom, the award-winning Providence-based non-profit, builds bridges of understanding by celebrating Rhode Island African American history through exhibits, lectures, walking tours and conferences, and uses these events to raise awareness of and funds for Swim Empowerment, which teaches Black youth how to swim.