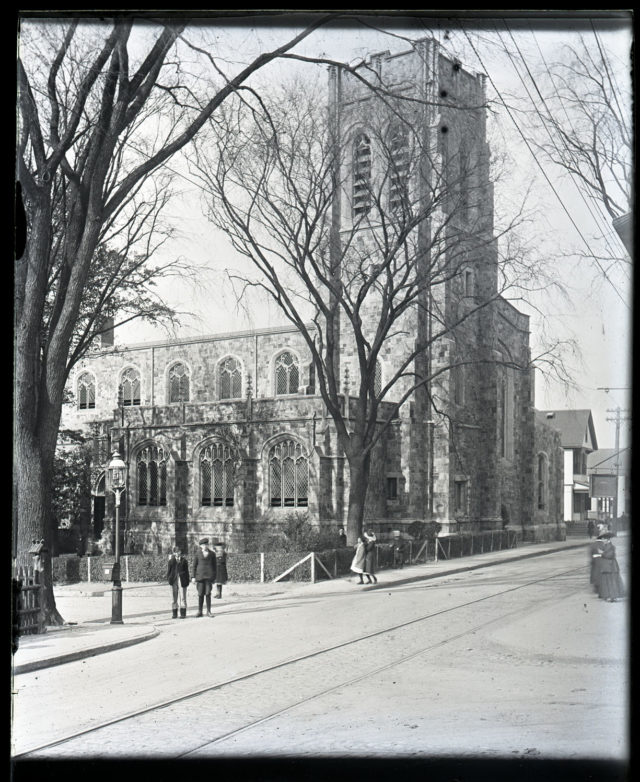 When Sylvia Brown’s father handed much of his inheritance to Brown University in 1995, the gesture maintained a 300-year family philanthropic tradition. Less than a decade later, at the inaugural symposium of the University’s Steering Committee on Slavery and Justice, one speaker declared “there were no good Browns.” “Grappling with Legacy” was born of the juxtaposition between these starkly opposed perspectives.

On Thursday April 5, 2018, 5:30pm the Newport Historical Society and Emmanuel Church will host author Sylvia Brown for a discussion on how she has delved into one of the country’s largest family archives to understand what fuels a multi-generational compulsion to giving: self-interest? A feeling of guilt? A sense of genuine altruism? The Brown family mirrors America’s evolving urge to do good — from colonial era charity, to reformist initiatives in the Early Republic, to the philanthropy of the Gilded Age, to social impact investing today. Sylvia will focus especially on the Brown family’s 20th century contributions to Newport.

Eldest of the 11th generation of Browns in Rhode Island, Sylvia Brown was attracted to development economics from an early age. Following her BS and MA degrees at the University of Pennsylvania, she pursued a professional career in various aspects of international development, from Wall Street to the UN High Commissioner for Refugees. Ten years ago, a course in strategic philanthropy redirected her focus to the non-profit sector and eventually prompted a return to her Rhode Island roots. Sylvia is passionate about donor education and giving with impact. She recently launched Uplifting Journeys, boot camps for smarter donors, that take place in locations around the world.