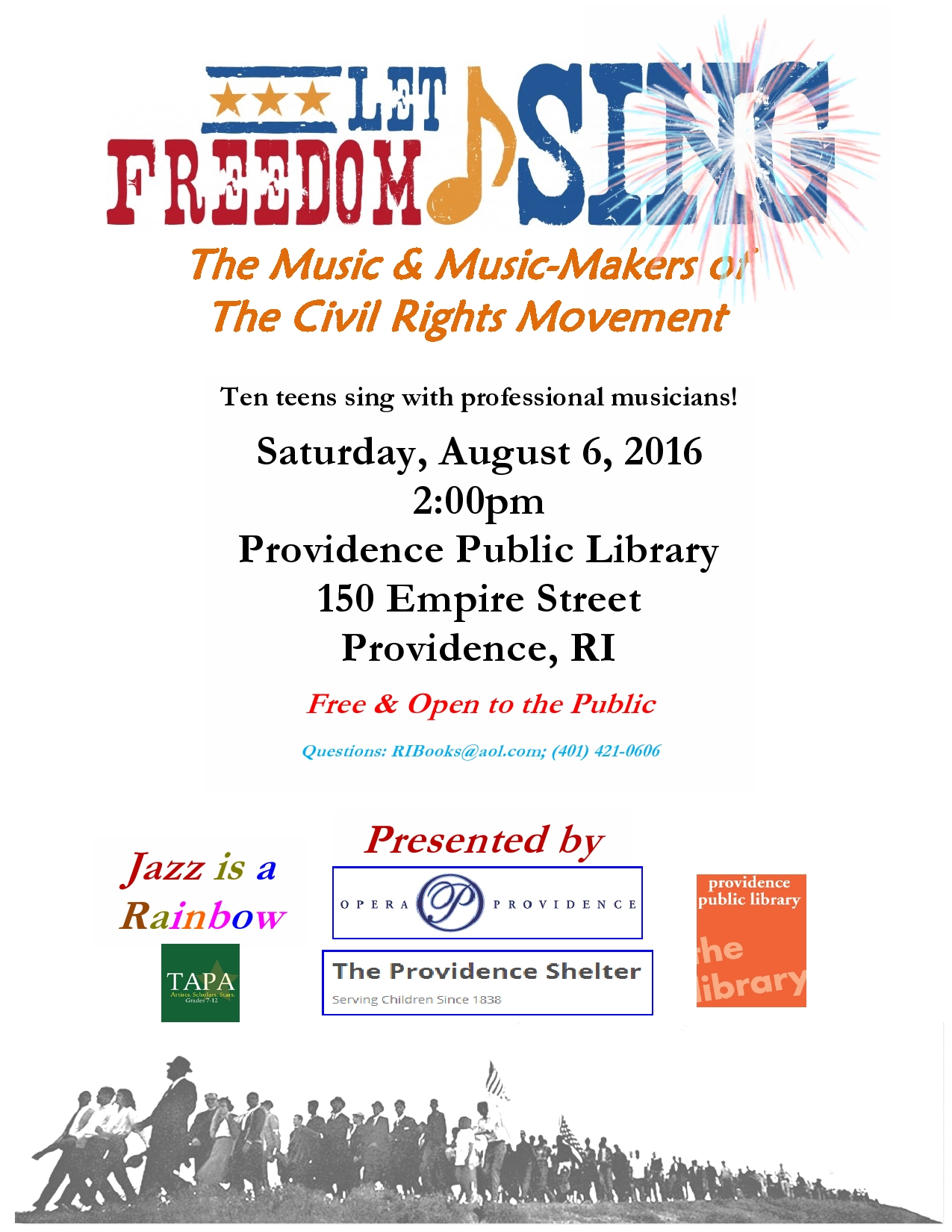 A unique ensemble of ten Providence urban teens sing some of the greatest songs of the Civil Rights era. The Jazz is a Rainbow ensemble, ages 12-18, features youth from Providence, including students from the Trinity Academy for the Performing Arts (TAPA) and Paul Cuffee Middle School, who have spent their summer rehearsing six-hour days preparing the show under the musical direction of internationally acclaimed musicians, Michael Palter and Lynne Jackson, and the artistic direction of Robb Dimmick. The original show tells the story of the songs and song writers who created the Civil Rights soundtrack, including Pete Seeger, Odetta, Bob Dylan, Harry Belefonte, Joan Baez, Nina Simone, and Peter, Paul & Mary. It also celebrates Rhode Island’s own civil rights heroes. Jazz is a Rainbow, now in its thirteenth year, is funded by the Providence Shelter for Colored Children. It teaches vocal jazz techniques and American history to young performers; it also takes 50 youth to the Newport Jazz Festival each summer.

FREE AND OPEN TO THE PUBLIC