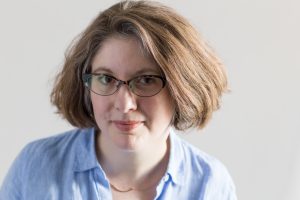 Morgan Grefe is the Executive Director of the Rhode Island Historical Society. She has been at the RIHS for 12 years, serving as the Director of the Goff Center for Education and Public Programs for 6.5 of those. In the summer of 2011 she took the helm of the RIHS. Her work as a historian focuses on U.S. social, cultural, and public history, with special attention on Rhode Island. She holds a Ph.D. in American Civilization from Brown and a B.A. and M.A. from the University of Pennsylvania in the same.