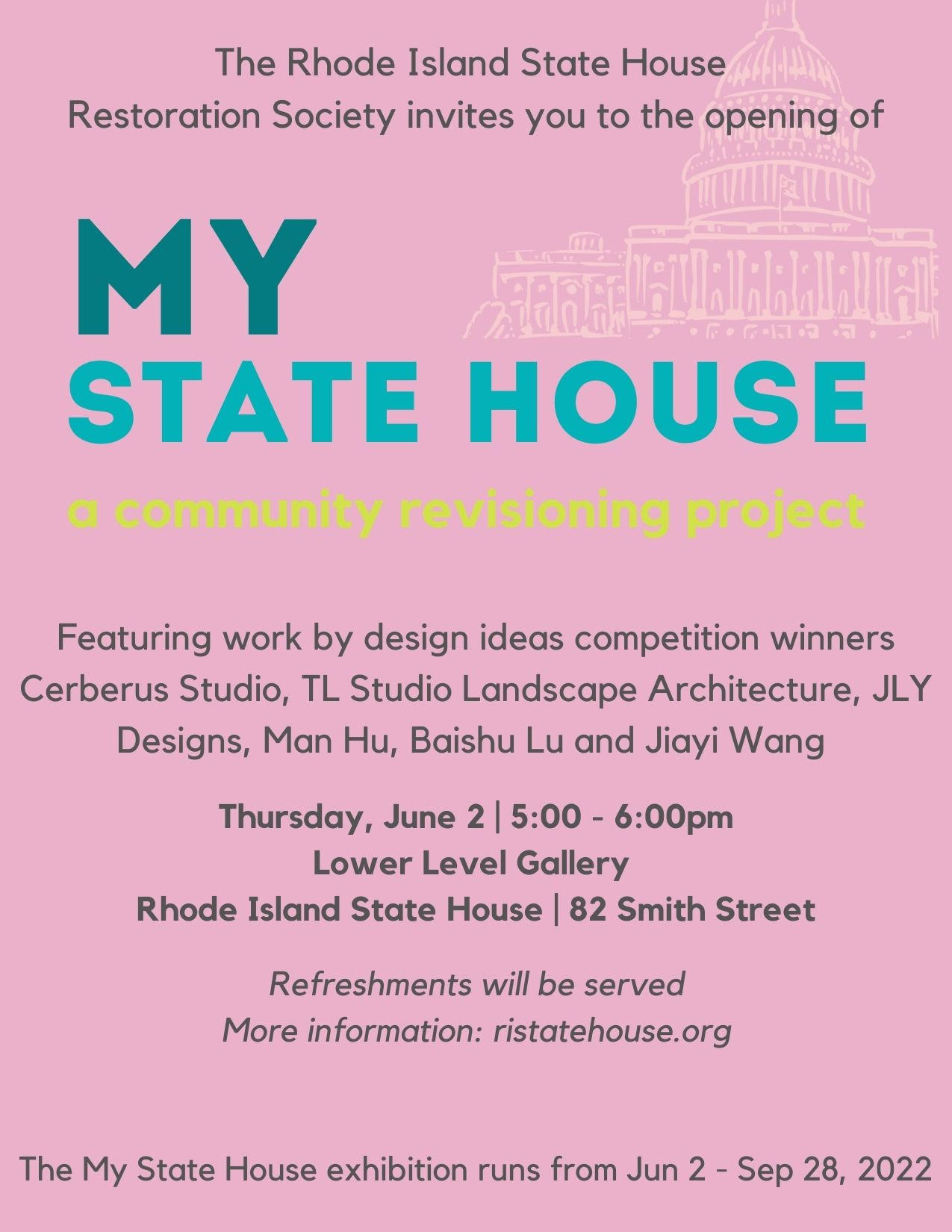 For more information on the project please click here.

My State House is a community research project and national ideas competition intended to catalyze creative conversations about the role State Houses might play in the civic and social life of today’s cities.  While it takes the Rhode Island State House as its site of inquiry, the project has relevance beyond the borders of the country’s smallest state.

Since the turn of the last century, when many American State Houses were designed (including this one), our political culture has transformed dramatically. And yet our Capitols have not really changed: they are preserved as historic houses, often with period furniture and artwork, and with grounds that may be parklike, but are not often designed or programmed for a full range of public use.

What should the State House of the 22nd century look like? What spaces should it contain, to serve what kinds of activities? These campuses were built to house the offices of elected state officials and the legislative chambers of state government, which they still do. Although they were not designed for this purpose, State Capitol campuses now serve as the site of rallies, protests and other actions that are designed to peacefully communicate public opinion.

Over the last twenty years, in particular, these buildings have also been the site of violent and sometimes tragic actions carried out by armed members of the public, which has led to heightened security in State Capitols and on their grounds. As civic culture changes, State Capitols change.