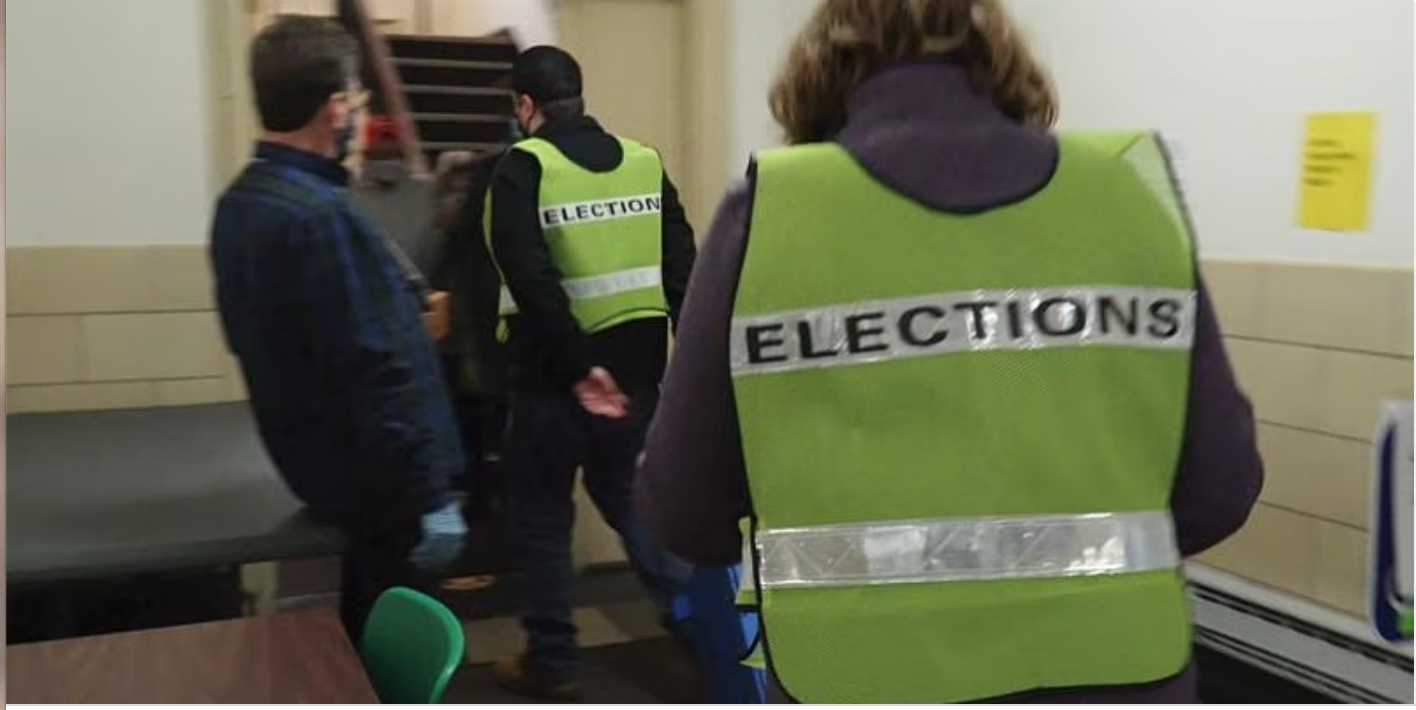 Once invisible to the general public, election administrators are at the center of an ongoing public debate about the integrity of our democracy. By the People is a verite film that tells the story of election officials across the state of Rhode Island. Amidst an onslaught of attacks from a sitting President, and the deadly threat of a global pandemic, these public servants work around the clock to secure the vote for their community. This film is an invitation to the American electorate to meet the people whose job it is to uphold the scaffolding of our republic and protect free and fair elections in what emerges as an unprecedented voting adventure.

ABOUT THE FILM’S CREATORS:

Sara Archambault is a Creative Producer dedicated to artful nonfiction storytelling. She has an extensive professional history in production, programming and foundation work, including 10 years as Program Director at the LEF Foundation, and 9 years as Founder/Programmer of the award-winning documentary film series The DocYard. Past producing credits include Emmy-nominated documentary Traces of the Trade (Sundance, 2007/POV); Street Fighting Men (IFFBoston, 2017); Truth or Consequences (Rotterdam, 2020); RIOTSVILLE, USA (Sundance 2022); and award-winning short Community Patrol (Big Sky, 2018) and Contents Inventory (IDFA, 2021). Sara’s work has received support from Sundance Film Institute, Tribeca Film Institute, SFFILM, Catapult Film Fund, IDA, Hot Docs Pitch Forum, Film Independent, and IFP Spotlight on Documentaries among others. Sara was a 2020 Impact Partners Producing Fellow, a 2013 Sundance Creative Producers Lab Fellow and was named the 2020 SF DocFest Vanguard Awardee. She is a board member of The Flaherty.

Margo Guernsey is a documentary Director/Producer, impact strategist, and founder of Time Travel Productions LLC. Her first feature, Councilwoman (America ReFramed 2019), won multiple awards. Prior to film, Margo worked as a union organizer, non-profit development director, and Spanish/English translator. She holds an MFA in Film (University of Miami), MA in History (Umass/Amherst), and a BA in History (Brown University). Margo’s work has received support from Chicken & Egg Pictures, ITVS, Catapult Film Fund, GoodPitch, the Democracy Fund and the Surdna Foundation, among others. She speaks both Spanish and English, and lives in Watertown, MA with her spouse and two children.