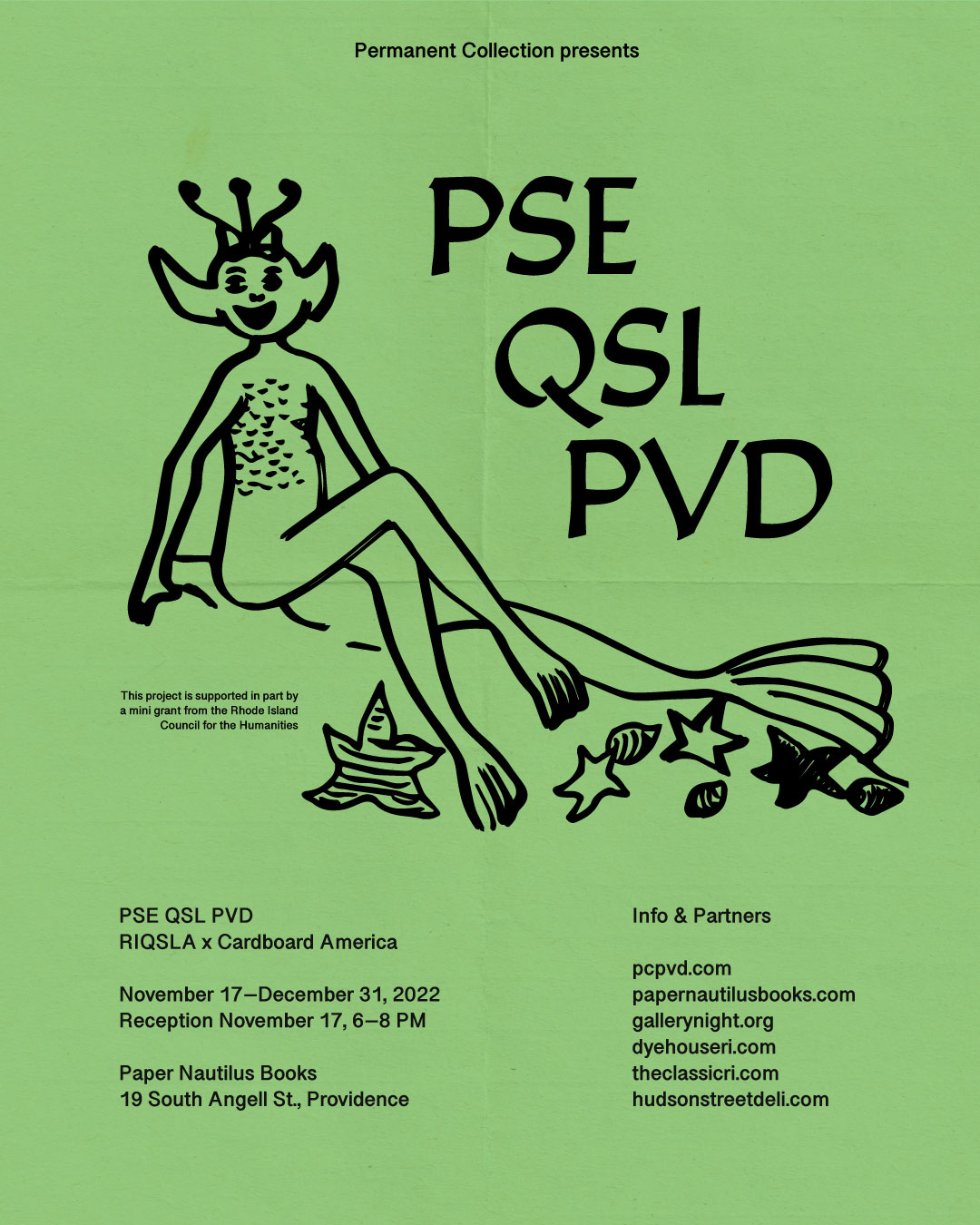 A QSL card is a written confirmation of a two-way radio communication between two amateur radio or citizen band (CB) stations*. “QSL?” and “QSL” are Q-codes, three-letter bits of shorthand from the Morse Code era. They translate to “Can you acknowledge receipt?” and “I am acknowledging receipt?” respectively. Back when broadcast radio was new, hobbyists took pride in sending and receiving signals from far off locations; each card is a record of a human connection made.

The amateur radio community grew from the 1910s* to the 1960s, and during this period card designs were fairly practical and light on ornamentation. Think station equipment lists, transmission details, operator names, etc. In the ‘70s, as gear prices dropped and setups required less-specialized knowledge, CB popularity boomed. Cards became adorned with trucker-esque handles, folk slogans, and illustrations that ranged from family friendly to highly NSFW. Then, much like the arc of social media, the airwaves became oversaturated with loudmouths, trolls, extremists, and hateful rhetoric. Old school hams loathed it. At the same time, emerging technologies like cellular** signaled the scene’s unavoidable demise. While amateur radio lives on, it’s a very niche world of dedicated hobbyists; modern QSL requests are generally automated. Not so many cards.

Ben Sisto, a collector of sorts, had the idea to look into QSL cards from Rhode Island. He received a grant from the Rhode Island Council for the Humanities and started the Rhode Island QSL Card Archive. During his research, Sisto read 73s and 88s :: The Ballad of Runnin Bare and Lil White Dove [David Obuchowski, Aquarium Drunkard, 2020], an article featuring Jordan Smith, one of America’s most prominent QSL card collectors. As founder of the prolific Cardboard America project, Smith began collecting QSL cards just over a decade ago after finding a lot of 1,000 on eBay for just ten bucks. He kept digging and began researching the printers, designers, and stations from which they came. His work to foster an appreciation for QSL design is unparalleled.

“Jordan and Ben got to talking and thought an exhibit would be fun—a celebration of the cards’ place in folk art history alongside old punk show handbills, early hand-drawn hip-hop party invites, 80s Chicago-area dance club posters, and so on. This show—featuring 28 enlarged selections from the pair’s respective archives—is the tip of the iceberg. You can find truly beautiful, bizarre, creative, and questionable QSL cards from every state in the country and most countries on Earth.”