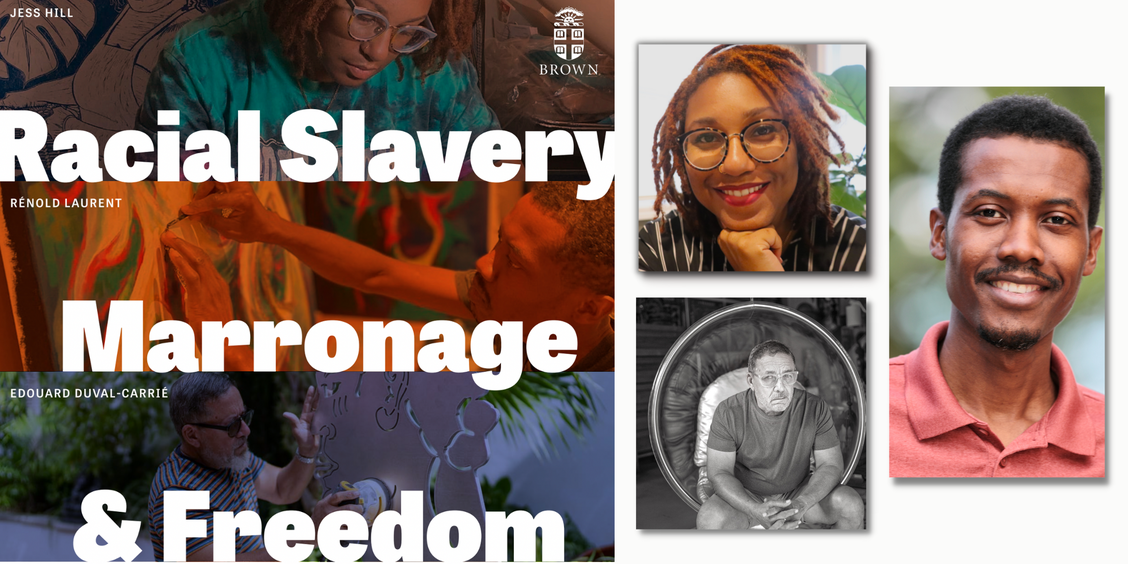 The Center of the Study of Slavery & Justice invites everyone to join us for the exhibition opening reception of Racial Slavery, Marronage, and Freedom: A 10th Anniversary Retrospective featuring artists Edouard Duval-Carrié, Jess Hill, and Rénold Laurent. This retrospective exhibition, along with an accompanying catalog, is an integral part of the 10th anniversary of the CSSJ. Speaking remarks for the reception will begin at 6 pm.

Racial Slavery, Marronage, and Freedom: A 10th Anniversary Retrospective will be on view from September 22nd, 2022, through the end of Spring 2023.

“In the end, this exhibition is both an echo and reminder. An echo of the struggles past and a reminder about those to come. Freedom remains the ground on which we can all create a more humane world. But, it is not the freedom of political liberty, nor consumer choice; it’s a freedom which grounds itself upon the ending of all forms of human domination. The first enslaved African discerned this and sang about it. Today we walk and trod those grounds until we are free.” -Professor Anthony Bogues, director of the CSSJ, Racial Slavery, Marronage, and Freedom exhibition catalog.