Uncovering the 1676 Battle of Nipsachuck 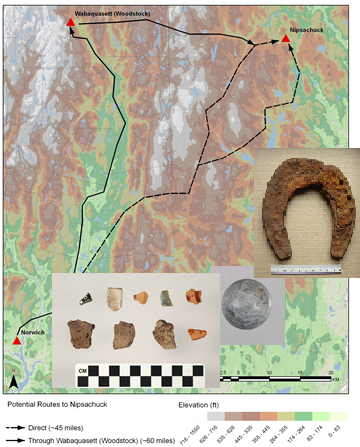 Join Dr. Kevin McBride, Director of Research at the Mashantucket Pequot Museum and Research Center and Associate Professor of Anthropology at the University of Connecticut, as he discusses the King Philip’s War Nipsachuck battlefield survey focused on identifying and documenting the location and boundaries of the movements, sites and actions associated with Second Battle of Nipsachuck. The battle began one hour after sunrise when a force of 300 Connecticut dragoons and 100 Pequot and Mohegan conducted a successful surprise attack on a Narragansett camp of at least 170 people situated in Mattity Swamp. The battle was a well-planned and coordinated attack and the only horse mounted attack of the war. The attack appears to be part of a larger effort by Connecticut to claim disputed areas of Rhode Island by Right of Conquest. Sponsored by the Friends of the Haffenreffer Museum of Anthropology.