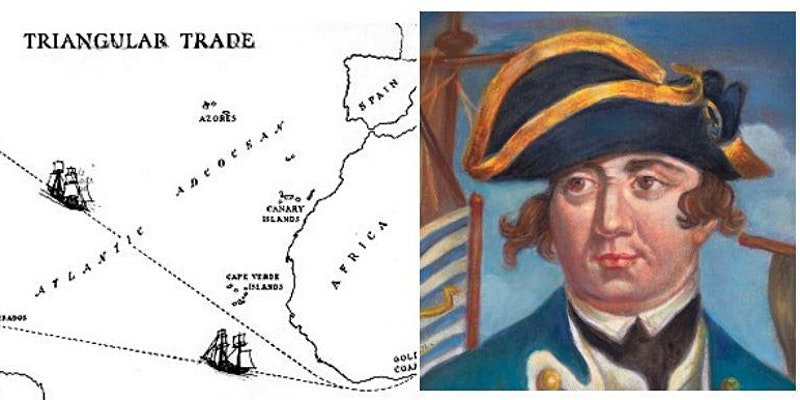 Esek Hopkins was a successful privateer before the American Revolution and Commander-in-Chief of the Continental navy during the war. Hopkins had some success in his naval career, but he was also accused of disobeying Congressional orders and was dismissed from the Navy in 1778.

Before the war, Hopkins was the captain of the Sally, a slave ship commissioned by Nicholas, John, Joseph, and Moses Brown. The ship lost 109 out of its cargo of 196 enslaved Africans during a disastrous voyage in 1764-65.

In 1891 the City of Providence erected a statue commemorating Hopkins in the North End’s Hopkins Square. Later Esek Hopkins Middle School was named in his honor, and in 1973 Hopkins’ home on Admiral Street was nominated to the National Register of Historic Places.

There has been mounting opposition recently to continuing to celebrate Hopkins as a Rhode Island hero, culminating in a proposal this past summer to rename Hopkins Middle School.

Join us for a lively discussion!

· Ray Rickman, Co-founder and Executive Director of Stages of Freedom