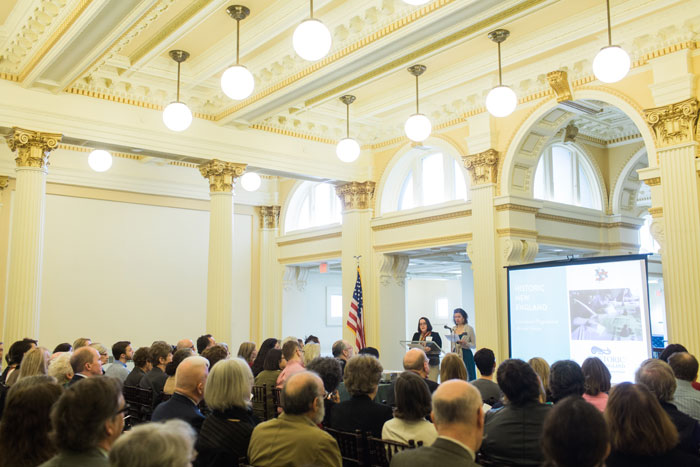 A list of the Major Grant Awardees including brief descriptions of the funded projects can be found in the link below.

Senator Reed and NEH Chairman Adams congratulated the grantees and remarked on the value of these local initiatives and the need for continued humanities funding across the state and nationwide. The vitality of Rhode Island’s humanities community was a common theme throughout the remarks on Monday. “This is the story of Rhode Island’s cultural institutions right now—recognizing the value of our history and engaging communities in bold and innovative ways,” said Rhode Island Council for the Humanities Executive Director, Elizabeth Francis. “The Humanities Council seeds, supports, and strengthens these efforts. Each grant expresses the creativity and innovation of public humanities in Rhode Island, and contributes to vitality and progress in our neighborhoods, schools, and cultural sites.”