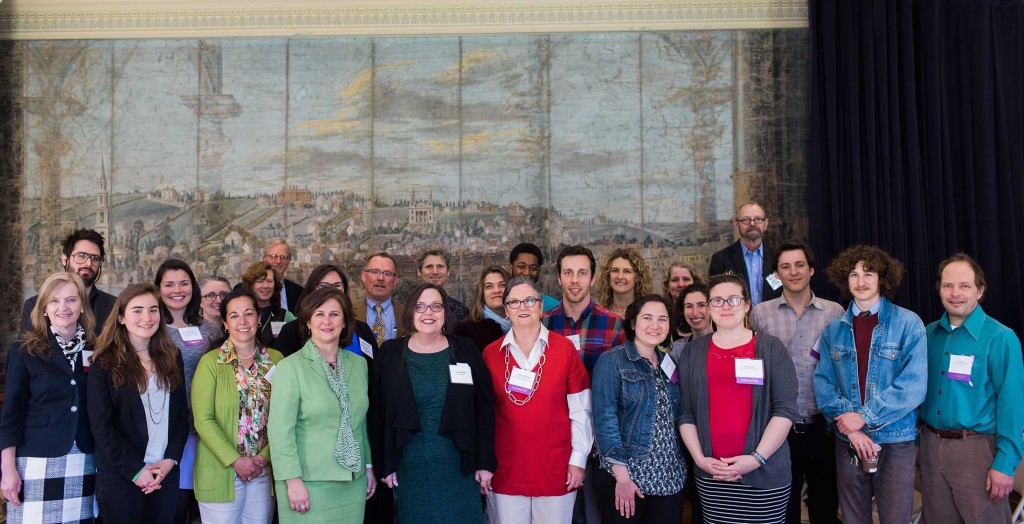 Congratulations to our 2016 Major Grant Awardees!

Secretary of State Nellie Gorbea joined staff and board members from the Rhode Island Council for the Humanities and over 65 community, civic, and cultural leaders at the Rhode Island Historical Society’s Aldrich House in Providence to announce the Council’s Major Grants on Wednesday, April 20.  A total of $124,015 in new awards were made to 14 organizations in support of humanities projects across the state.

A list of the Major Grant Awardees including brief descriptions of the funded projects can be found in the link below.

Secretary of State Nellie Gorbea welcomed attendees and congratulated the grantees, stating, “It is critically important to participate in our democracy, but in order to be a really well-rounded citizen and resident of a community, we have to be able to celebrate our heritage – be it one that goes back hundreds of years or one that’s more recent. What I love about today’s grant recipients is that they do that. They really show the diversity, the wealth, and the asset that is Rhode Island.”

Among the recipients, Everett: Company, Stage & School was awarded $10,000 in support of 2016 Freedom Café Series, public forums that bring together scholars, artists, community experts, and the public to examine issues related to mass incarceration and the structural, systemic, and human sides of the criminal justice system. “The Humanities Council has helped us develop relationships with institutions like Brown University, Bryant University, and Roger Williams University so that we are able to access scholars and researchers who are working on these issues. They’ve come and presented at our Freedom Cafes, connecting with new audiences for their work and sharing their expertise with us. It has fed and become integral to our whole process,” Executive Director Aaron Jungels remarked. “The Council has also supported documentation and ways to make our work available to a much wider audience.”