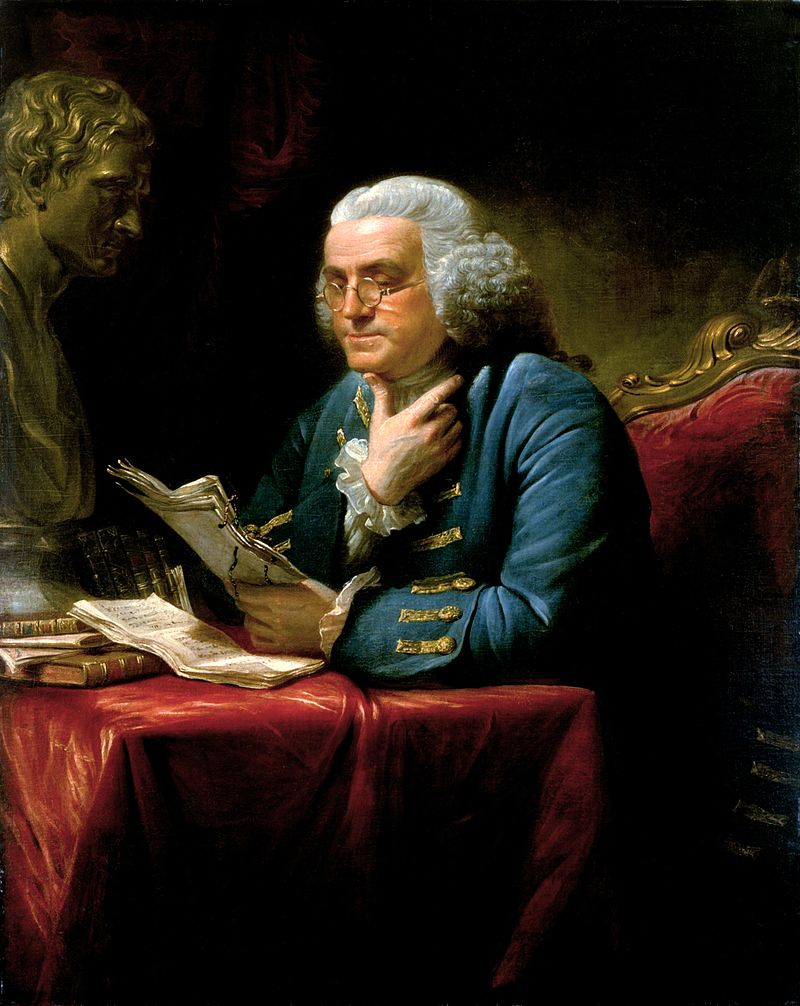 [DUE TO PUBLIC HEALTH CONSIDERATIONS RELATED TO COVID-19, THIS EVENT HAS BEEN CANCELLED.]

As a young man in his twenties, Benjamin Franklin resolved to perfect his character and devised a unique method to aid him in the challenging task of becoming virtuous. Franklin’s method, described in his posthumously-published autobiography, became incorporated into the practical Jewish ethical tradition of mussar in 1808 when Rabbi Mendel Lefin of Satanów, an adherent of the European Jewish Enlightenment movement, published The Book of Spiritual Accounting, which re-contextualized Franklin’s approach and made it available to Hebrew-reading audiences.

Though Rabbi Lefin’s Franklin-based work continues to be studied in Jewish religious academies and underpins Jewish ideals of character-development and Jewish self-improvement programs, Judaic scholars have often been confused by or uncomfortable acknowledging this surprising historical development, while Franklin specialists and enthusiasts have remained largely unaware of it.

Shai Afsai’s recent research has focused on the works of Thomas Paine, Jews and Freemasonry, the religious traditions of the Beta Yisrael Jewish community from Ethiopia, emerging Judaism in Nigeria, aliyah to Israel from Rhode Island, Jewish pilgrimage to Ukraine, Polish-Jewish relations, and Jews and Irish literature. His article “Benjamin Franklin’s Influence on Mussar Thought and Practice: a Chronicle of Misapprehension” appears in Review of Rabbinic Judaism 22:2 (September 2019), pp. 228–276. Afsai’s work on Franklin and the Art of Virtue has been supported by a grant from the Rhode Island Council for the Humanities.