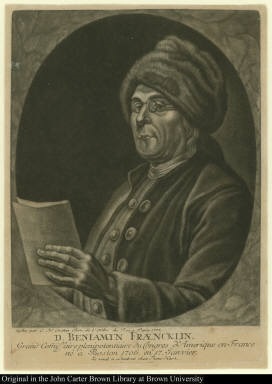 Shai Afsai will discuss his Rhode Council of the Humanities-supported work about founding father Benjamin Franklin’s influence on Jewish religious thought and practice.

As a young man, Benjamin Franklin resolved to perfect his character, devising a self-improvement method to aid him in the challenging task of becoming virtuous, and intending to complete a book on its use that would be suitable for members of different faiths. His influential method later became incorporated into the practical Jewish ethical tradition of mussar. Shai Afsai will examine this surprising historical development, which Judaic scholars have often been confused about or uncomfortable acknowledging, and to which Franklin specialists have been largely oblivious.