2016 marks the one hundred year of the Pulitzer Prize. To commemorate the Prize and its place in public humanities, the Rhode Island Council for the Humanities is staging conversations across the state about the Essay– the nature, purpose and contours of the essay genre in the 21st century and within that, showcasing programming that pays special attention to questions of the environment. I’d like to broaden it here even further to environments, a concept broad enough to include all kinds of climates –personal and social, internal and public, ephemeral and material, psychological and earth-based.

Yes, we all recognize the age-old question embedded in the editorial slight of hand: can we separate who we are from where we are, our personal identity from our physical environment, our inside climates from our social, material, and external ones? We know the short answer (no) but that does not make the long, winding, detailed answer of just why not any less compelling. 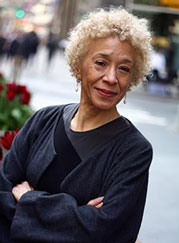 The question of environment figured prominently in the keynote lecture by Pulitzer Prize-winning critic and memoirist Margo Jefferson which took place at the Ocean State Writers Conference on June 24, 2016. Jefferson read from Negroland, her personal account of coming of age in a well-off Black family in Chicago during the 1950s and 60s. “Negroland,” she writes, “is my name for a small region of Negro America where residents were sheltered by a certain amount of privilege and plenty. Children in Negroland were warned that few Negroes enjoyed privilege or plenty and that most whites would be glad to see them returned to indigence, deference and subservience. Children there were taught that most other Negroes ought to be emulating us when too many of them (out of envy or ignorance) went on behaving in ways that encouraged racial prejudice.” Delivered in third person, with starts and restarts and do-overs, Jefferson’s memoir plays with genre and generation, insisting that her readers—and in our case, her listeners– pause.

The atmosphere of social observation, of etiquette strictly imposed, of status and disrespect carefully noted in equal measure, trapped the young Margo in a world of paradoxes and topsy turvy reversals. The insult precisely delivered by a white hotel clerk on the Jersey Shore on a summer afternoon goes over ten-year old Margo’s head until her mother delivers the news to her in the confines of their disappointingly small hotel room. “This is a prejudiced place,” her mother announces. The shame for Margo is not the color of her skin but the measure of her ignorance. She hadn’t known she had been insulted until her mother told her so. The shame she carried onward was a stew made of mid century racism and “the humiliation of adult knowing,” she concludes. “So many ways to be ambushed by insult and humiliation.”

Jefferson pauses. “I’m going to change my tone now. I think it’s too easy to recount unhappy memories when you write about yourself.” Yet the memories of a memoirist are meant to cast long shadows and hers do. The social and psychological atmospheres of growing up black, female and highly sensitive take their toll. Jefferson’s essay carries us through the argument and evidence of their imprint. We all become black, female and highly sensitive in her essay and because of the hurt we feel in our bones, we are convinced of the salience of her arguments. Like any good essayist, Jefferson makes it so compelling that we don’t even notice the designs she has on us.

If the 21st century essay at its most ambitious is meant to bind us closer in our shared humanity, Jefferson succeeds brilliantly. Perhaps we turn and return to the essay for exactly this experience of time slowing, of words holding our attention, and for the glimpse into an environment of another person’s mind.

Continue to the Pulitzer Series page to listen to a podcast conversation with Margo Jefferson.