Excerpt below from the New England Museum Association’s Excellence Awards announcement which were awarded during the Associations’ annual conference in November 2016. Please see the NEMA website for the full article.

People are what make our museums great, and NEMA’s members are some of the most talented and dedicated people in the field.

NEMA is proud to honor our colleagues’ extraordinary effort and commitment to the New England museum community. Let’s recognize their achievements.

Congratulations to the winners of NEMA’s Excellence Awards Competition!

NEMA is pleased to announce the winners of the third annual Excellence Awards competition. We had the largest pool of nominees ever, which made for a highly competitive year. This year’s awardees will receive recognition at the Annual Meeting at this year’s conference. Thanks to all who submitted nominations and to our judges, and congratulations to this year’s Excellence Award winners! 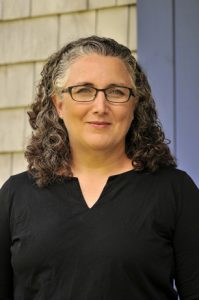 Her nominator says: “Marjory was project director, researcher, author, fundraiser and curator for If Jane Should Want to Be Sold, but she did not work alone. She recruited and rallied a highly professional team of volunteers including university historians, local historians, museum professionals, graphic artists, a fine artist, editors, proofreaders and descendants of Little Compton’s enslaved people to complete the project on time, within our modest budget, and in a way that has made all of us proud of the end results. Members of the public have called both the exhibit and the book “eye-opening” and have stated that the project has transformed the way they think about our community and its historic people of color.”

Marjory O’Toole is the full-time Managing Director of the Little Compton Historical Society and a part time Master’s Candidate at the John Nicholas Brown Center for Public Humanities and Cultural Heritage at Brown University. Her interest in local slavery and indenture was sparked by one of her courses at Brown and led to a major year-round project at the Historical Society that restored the voices of 250 forgotten people of color to the history of the Little Compton, Rhode Island. 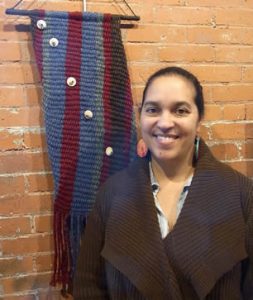 Her nominators say: “Lorén is an exceptionally gifted leader who doesn’t mind getting her hands dirty. Lorén exemplifies the term, “Lead by example.” She has the ability to pull together diverse individuals and groups from in and outside of the museum field. Not only does her tireless efforts benefit Tomaquag, they have resulted in eclectic partnerships and collaborations between and among groups that would have never envisioned themselves working together. Lorén has a servant’s heart as evidenced by the passion she has for her community and heritage. This passion is incredibly contagious. She is a true champion of education which ensures a welcoming and safe environment for engaging the public and indigenous community.”

Lorén M. Spears, Narragansett, Executive Director of Tomaquag Museum, has been an educator for 25 years and more recently as an adjunct professor at the University of Rhode Island where she also received her undergraduate degree in Elementary Education. Mrs. Spears holds a Master’s in Education from the University of New England. She shares her cultural knowledge and traditional arts learned through her family with the public through museum programs. She has written curriculum, poetry, and narratives published in a variety of publications such as Dawnland Voices, An Anthology of Indigenous Writing of New England; Through Our Eyes: An Indigenous View of Mashapaug Pond, and The Pursuit of Happiness: An Indigenous View. She works tirelessly to empower Native youth and to educate the public on Native history, culture, the environment and the arts. She was appointed by Governor Gina Raimondo to serve on the Board of the RI State Council on the Arts and serves on various other boards including The Pell Center’s Story in the Public Square. Under her leadership, Tomaquag Museum has received the Institute of Museum and Library Services’ National Medal. She has also received a variety of awards including the Extraordinary Woman Award, International Day 2010, the Urban League, Woman of Substance Award, 2006 and the Tom Roberts Prize for Creative Achievement in the Humanities in October by RI Council on the Humanities. She resides in Charlestown, RI with her husband Robin and 3 children, all of whom are traditional artists.