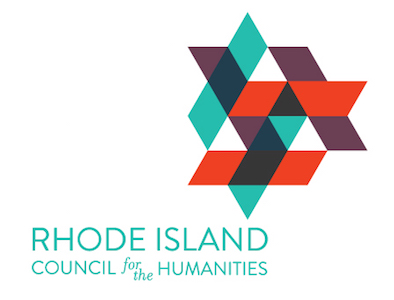 April 26, 2018 – Please join us as we welcome three new members to the Board of Directors: Froma Harrop, James P. Riley, and Don E. Wineberg. The new members bring expertise in the areas of journalism, law, labor organizing, and philanthropy. Riley and Wineberg both join the Humanities Council’s board appointed by Gov. Gina Raimondo.

In addition to the new board members, the Humanities Council elected its new board leadership. Touba Ghadessi, PhD, has been elected Chair of the Board, and Julie Nora, PhD, steps into the role of Vice-Chair. Gina McDonald, CPA, will remain as Treasurer as will Jean Patiky as Secretary.

“Our three newest board members join an exceptional group of leaders who are steering the Council into the future,” said Elizabeth Francis, Executive Director. “As we mark our 45th anniversary in 2018, our board members serve as ambassadors who promote the critical role of the humanities in Rhode Island’s civic and cultural life.” 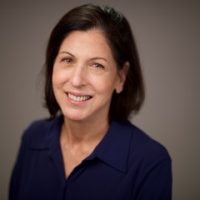 Froma Harrop is a nationally syndicated columnist. Her twice-a-week column has over 100 subscribers, including The Seattle Times, Newsday, Denver Post, Arizona Republic and RealClearPolitics. Harrop is also a contributor to CNN Opinion. She is represented by Creators Syndicate in Los Angeles. Writing on politics, culture, and economics, Harrop has been honored by the Loeb Awards and National Society of Newspaper Columnists. She has received five awards from the New England Associated Press News Executives Association. Harrop is a former president of the Association of Opinion Journalists. A graduate of New York University, she lives in Providence, RI, and New York City. 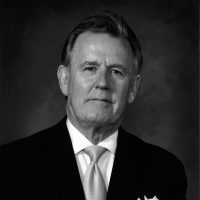 James P. Riley is the retired secretary treasurer of United Food and Commercial Workers’ Union Local 328. Riley began his career in the labor movement in 1974 as a meat cutter for Stop and Shop. He went to work full time for UFCW in 1984 as an international representative. In 1997, he came to Rhode Island to help organize workers and represent his local union as a lobbyist and advocate for RI’s working families. As a board member of Justice Assistance, Riley helps advocate for victims of crimes and offender rehabilitation programs. Riley is the “Official Voice” of the Providence St. Patrick’s Day Parade. He is also on the Occupational and Environmental Health Center of RI as board chair and a member of the RI Labor History Society. Prior to being selected for the Council on the Humanities, Riley served two terms on the board of the Rhode Island State Council on the Arts. He has also been involved in fundraising efforts for the ALS Association of RI, to which he was awarded the 2017 Advocate of the Year Award.  Of all his fundraising activities, Riley is most proud of his efforts on behalf of the Leukemia and Lymphoma Society. Along with his equally hardworking UFCW team, he has helped to raise over $1,000,000 to date. In 2018, he was inducted into the Rhode Island Heritage Hall of Fame. In his spare time, Riley is an accomplished pen and ink and watercolor artist.  His work can be seen in the Rhode Island Governor’s office, the RI AFL-CIO, and several union headquarters across the state. In retirement, Riley works for the RI Institute for Labor Studies and Research as a Workforce Development Liaison where he continues to support the labor community and advocate for immigrant families and the underserved.

Touba Ghadessi, PhD, Chair, is incoming Associate Provost (as of July 2018) and Associate Professor of Art History at Wheaton College. She is the co-founder of the Wheaton Institute for the Interdisciplinary Humanities (WIIH) and holds a joint position as the president of the oldest Renaissance society in America, the New England Renaissance Conference. In 2016, Ghadessi also joined the Board of Directors of the Providence Athenaeum. She has been awarded grants to study at the École des Hautes Études en Sciences Sociales (Paris), to conduct archival research in Paris, Florence, and Rome, and to participate in the Centre National de la Recherche Scientifique’s sponsored seminars in Paris. Her first book Portraits of Human Monsters in the Renaissance: Dwarves, Hirsutes, and Castrati as Idealized Anatomical Anomalies was published in February 2018. Ghadessi received her Bachelor’s degree from Trinity University and her Master’s and PhD from Northwestern University.

Julie Nora, PhD, Vice-Chair has been Director of the International Charter School in Pawtucket Rhode Island since 2003. Prior to that appointment, she worked as a teacher of ESOL (English to Speakers of Other Languages) in several educational settings spanning K-16 and as an applied researcher at the Education Alliance at Brown University. Her books include No More Low Expectations for English Learners and The Organization of Learning in a 7th/8th Grade ESL Social Studies Classroom. Her work has also been published in One Classroom, Many Learners: Best Practices for Today’s Multilingual Learners. She is a member of Rhode Island College President Sanchez’s Inclusive Education Commission and has served on the Governor’s Funding Formula Working Group, the Governor’s Task Force on Diversity in STEM Education, and the Commissioner’s Education Equity Task Force, among others. Nora is a graduate of UC Berkeley with a degree in US Intellectual History, received a Master’s in Teaching English to Speakers of Other Languages (TESOL) from San Francisco State University, and earned a PhD in Education, specializing in Language, Literacy and Culture, from the University of Rhode Island/Rhode Island College. Originally from California, Nora has lived in Rhode Island for the past 20 years.