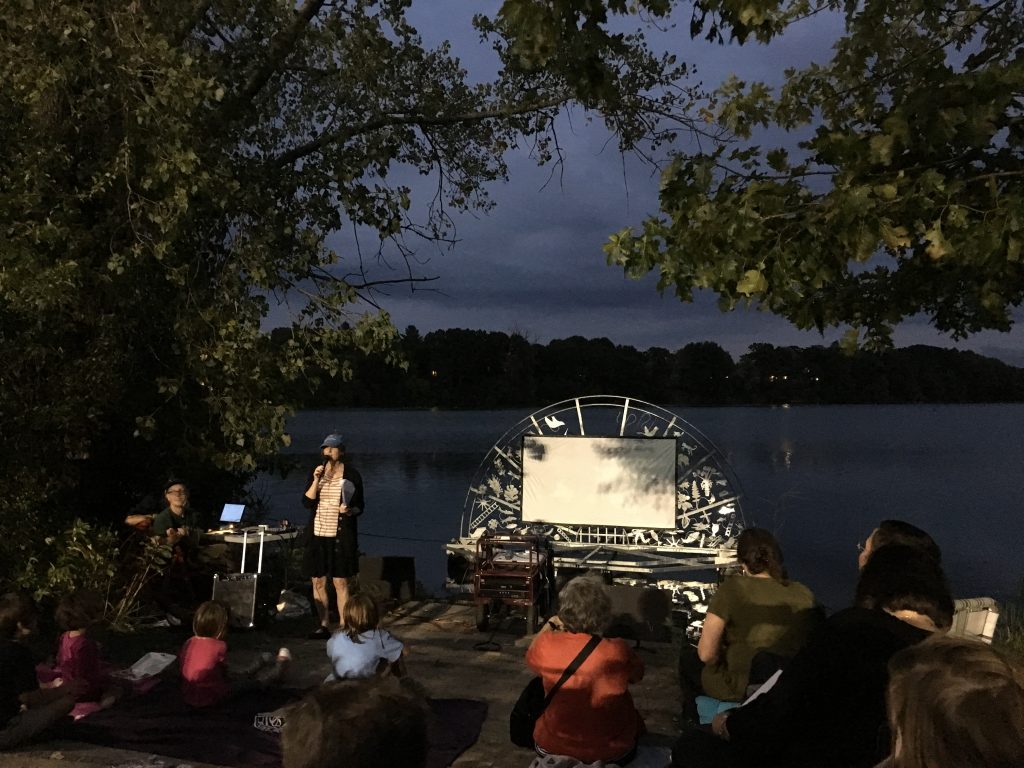 I live in the Elmwood Triangle, a few blocks from Niantic Avenue. Yet despite its proximity to all the places I visit each week, Niantic is a road I rarely travel and marks an area that from what I can see lacks vibrancy. The main action is an industrial park that sits on a small road linking Huntington to Niantic. Beyond that, the area is bare and underused but for a single baseball field. 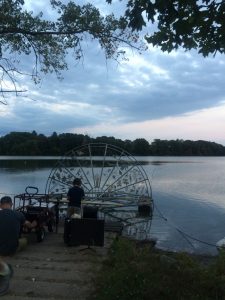 I couldn’t be more wrong, at least for tonight. Tonight this is the epicenter of Rhode Island cultural and economic history. As I pull into the parking lot near the baseball diamond, I see Mashapaug Pond hidden behind a wall of scrubby shrubs and trees. I smile. All these years—nearly 30—that I have lived in Elmwood I have never been here. I have seen the pond from the other side, I have driven alongside the lake on Huntington Avenue, but I didn’t know about this place, this small boat launch for the pond tucked away behind neglected urban greenery and the baseball field. Clearly tonight’s Pulitzer event has a lot to teach me about my home.

First off, I learn that this area once had a name—West Elmwood—and a distinct identity—the city’s first racially integrated neighborhood of about 500 families. West Elmwood, like this view of the pond, has been overlooked and all but forgotten, razed for the nondescript industrial park. This is a ghost of what had been part of my neighborhood, a place that together with the Elmwood Triangle once made up a large and thriving neighborhood where Gorham Silver Manufacturing and Mashapaug Pond sat, their fates permanently joined, bonded by labor and economic ties as firm as family ones.

For a history of West Elmwood, start here: www.rhodetour.org/items/show/25

We take our seats and blankets and bags of popcorn and arrange ourselves around the launch in front of a floating screen. The screen is attached to a sculpture appropriately made of silver colored metal and decorative etched birds and leaves that lives permanently on Mashapaug Pond. We learn about the focus of tonight’s event: the intersection of the pond and the business, the fate of communities before, during and after Gorham, and to hear why public essays like the ones we are about to see matter– we can take action to restore our environment and to care for our communities; we can learn from the distant and not so distant past; and our engaged imaginations can lead us along more sustainable and healthy paths.

The first film, made by AP Environmental Science students at the nearby Alvarez High School, lays out the early history of the Pond. Three generations from the Narragansett tribe—old, middle aged and a young—describe the deep ties between the Narragansett and the region’s waterways. Translated, the name Narragansett means People of the Small Points. The older woman describes living in West Elmwood, the other woman, the role of waters as a source of travel, trade and culture for the Narragansett people, and the youngest describes blending present and past through dance.

For more on Mashapaug Pond history and its place in the state’s waterways, see: www.upparts.org/mashapaug-pond.html

If the first film examined the People of the Small Points who honored water and survived centuries of cultural, economic and political displacements, the next film centers on what can only be described as the single most consequential event ever to happen to the Pond: the rise of Gorham Silver at the end of the 19th century, an event that indelibly shaped Elmwood, Mashapaug Pond, and Providence. The legacy of Gorham Silver is not simple–toxic, at times inspiring, but always dramatic. Silvered: Tracing Gorham at Mashapaug Pond by Erik Carlson and Erik Gould combines archival film, documentary photography, oral history and soundscape to simultaneously invoke the experience of working at the Gorham Silver Factory and witnessing its disappearance. Carlson and Gould took photographs of the factory on the eve of its destruction in 1998. The film overlays moving images of skilled craftsmen (few women or people of color) at their workstations as they produced silver products that rivaled the best in the world, over haunting stills of abandoned front rooms, work rooms and vast warehouse spaces that had once mattered—to owners, managers, employees and consumers. A weave of sounds—voices that emerge out of distortion, looping over and over, and grow clearer before disappearing—float across the images like fog. It’s a scary movie, a movie about a haunted house. It is a ghost’s world, a lost world, one created entirely in the viewer’s mind so thoroughly has Gorham Silver been erased from the physical landscape.

For oral histories of Gorham workers, see: reservoirofmemories.omeka.net/ and
ripr.org/post/silver-boom-life-gorham-providence-steel-and-iron

Yet the factory’s toxic legacy lives on. The crowd laughs when we hear that when Gorham chose the site off the Pond for its factory in the 1880s it displaced an ice harvesting company owned by the Carpenter family. Now we cannot drink or swim in the polluted waters of Mashapaug. Times change. Businesses change. Work changes. But through it all, the Pond remains and speaks the most eloquently of all. 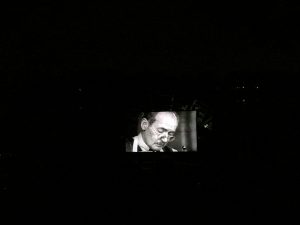 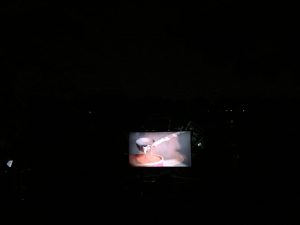 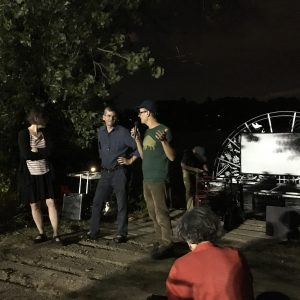 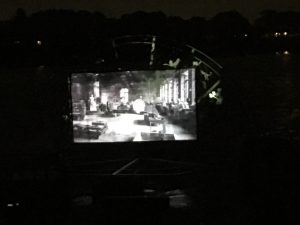 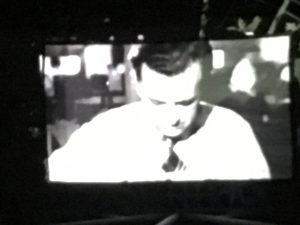 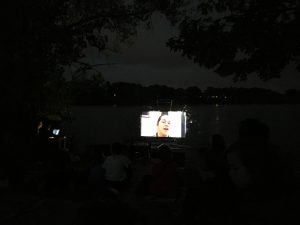