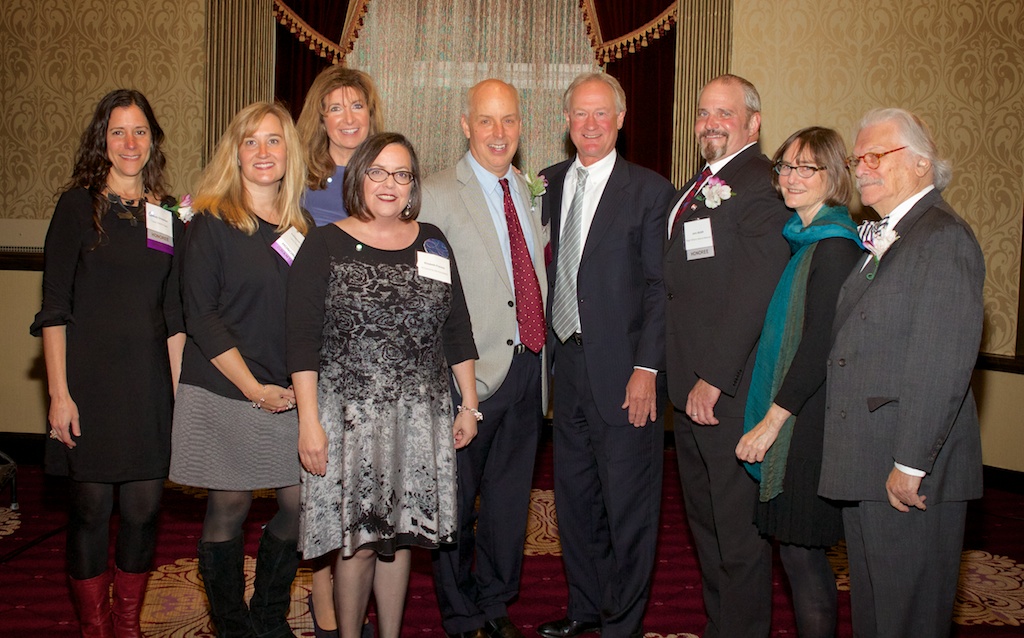 The Rhode Island Council for the Humanities honored Morris Nathanson, interior designer, artist, and civic visionary, Holly Ewald, founder of the Urban Pond Procession, Vartan Gregorian Elementary School PTO’s I WAS THERE Project, and John McNiff, Park Ranger at Roger Williams National Memorial, and announced a new strategic plan to guide the organization’s work at the 2014 Celebration of the Humanities on Thursday, October 9, 2014 at the Biltmore Hotel Grand Ballroom in Providence. Hundreds of community and business leaders, government officials, scholars, artists, and Rhode Islanders gathered to raise over $63,000 to support the public humanities including culture, history, heritage, and civic education in our state.

At the event, Executive Director Elizabeth Francis announced the Council’s new 5-year strategic plan, “Catalyzing the Humanities in Rhode Island, 2014-2019,” which articulates the Council’s mission to seed, support, and strengthen public history, cultural heritage, civic education, and community engagement by and for all Rhode Islanders and envisions a more creative and innovative economy, connected to engagement with the state’s history and culture. Building on the Council’s successful grant program and partnerships, the plan outlines five strategic goals to strengthen the Council’s role as a facilitator and supporter of shared visions and collaborative initiatives to catalyze the humanities community.